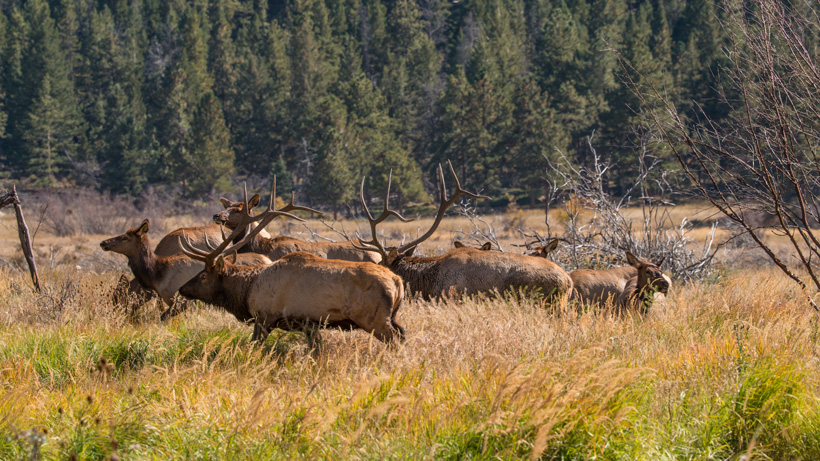 Earlier this year, 206 elk were lethally removed from private land in Idaho as part of a research study on depredation. The Idaho Department of Fish and Game (IDFG) used sharpshooters to kill elk north of Shoshone and across the Magic Valley region between July and October, the Idaho Mountain Express reports.

IDFG’s release of this information last week sparked social media fury between hunters and non-hunters alike after photos of the dead animals surfaced on Facebook. While seen as controversial, those involved were using the removal as a way “to change behavior and drive out herds from private property,” according to the Idaho Mountain Express. All sharpshooters were IDFG employees and a single graduate student from the University of Idaho. The student partnered with IDFG and the lethal removal was part of his two-year master’s project that looks at “ways to modify elk behavior to try to reduce elk depredation on private property,” according to East Idaho News.

“People are confusing this with some form of hunting and this is not hunting. This is depredation control,” said IDFG Magic Valley Region Wildlife Manager Mike McDonald. “The sideboards that we have to operate under are a lot different in some cases than what the average sportsman would have to operate under.”

The project targeted elk in the Southwest Region, the Magic Valley Region and the Southeast Region.

“Wildlife does encroach onto private lands and damage crops, and [Fish and Game] is mandated by law to work with landowners to minimize or eliminate those interactions. Ultimately, we can go in and issue kill permits or depredation hunts,” said IDFG spokesman Terry Thompson. “It’s a lot of elk, but we have healthy populations in southern Idaho.”