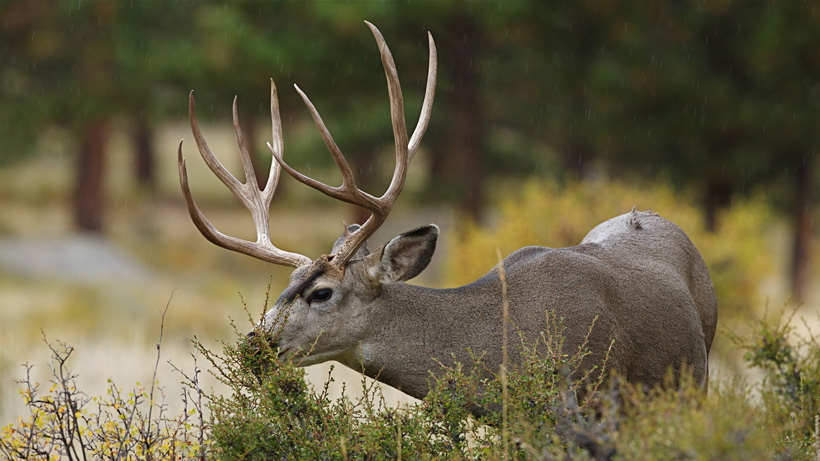 Confirmed cases of chronic wasting disease (CWD) continue to plague ungulate herds across the West, resulting in increased monitoring, sampling and surveillance among wildlife agencies. After five more cases were confirmed in Montana this spring—less than 25 miles from the Idaho Panhandle—the Idaho Department of Fish and Game (IDFG) officials is ramping up ways to keep the deadly disease out of the state, SWXRightNow.com reports.

While the state has been collecting random samples to test for CWD since 1997, IDFG only started specifically monitoring the southeastern region of the state in July 2017—a year after a mule deer tested positive in Wyoming’s Star Valley (only 1 1/2 miles from the Idaho border). Now, with the confirmed cases in Libby, IDFG wildlife bureau chief Toby Boudreau says “The confirmations will likely trigger year-round monitoring efforts in the Idaho Panhandle” even though there are no confirmed cases of the disease in Idaho or Washington.

Yet, the significance of the cases in Libby can’t be ignored: it’s the first time CWD has been documented west of the Continental Divide.

While CWD isn’t an easy disease to contain, Idaho’s ramping up efforts to keep it under control. The state plans to collect samples from roadkill and hunters as well as respond to reports of deer behaving strangely, which will give IDFG a “sampling model” to detect CWD if “1% of the population is infected,” according to SWXRightNow.com.

“States have reduced the prevalence on the landscape,” said Boudreau. “We haven’t cast in stone any prescription for what will happen, because ultimately deer and elk populations are a public resource and we will manage them as the public desires.”

Idaho’s updated CWD response plan was released in 2018 and, last year, the Idaho Fish and Game Commission approved a ban that makes it illegal to import deer, elk or moose carcasses or urine from any area with documented cases of CWD.

“We’re doing a better job,” Boudreau said. “I think science has come a long ways with surveillance and testing. I think Idaho is definitely better prepared.”

Washington, on the other hand, doesn’t have a formal program targeting CWD surveillance and reporting. The funding for those types of programs ended in 2011.

“There are currently several bills in Congress, some of which would be really beneficial to our agency and other states to restart our surveillance program,” said Kristin Mansfield, a wildlife veterinarian for the Washington Department of Fish and Wildlife, adding that they do investigate any oddly behaving deer or elk.

The state did, however, ban deer farming in 1993, which Mansfield said is beneficial to keeping disease at bay.

“Fortunately, Washington had the foresight, in the mid-1990s, to mostly ban deer farming,” said Mansfield. “I have no doubt that if we still had deer farming, we would more than likely have CWD.”