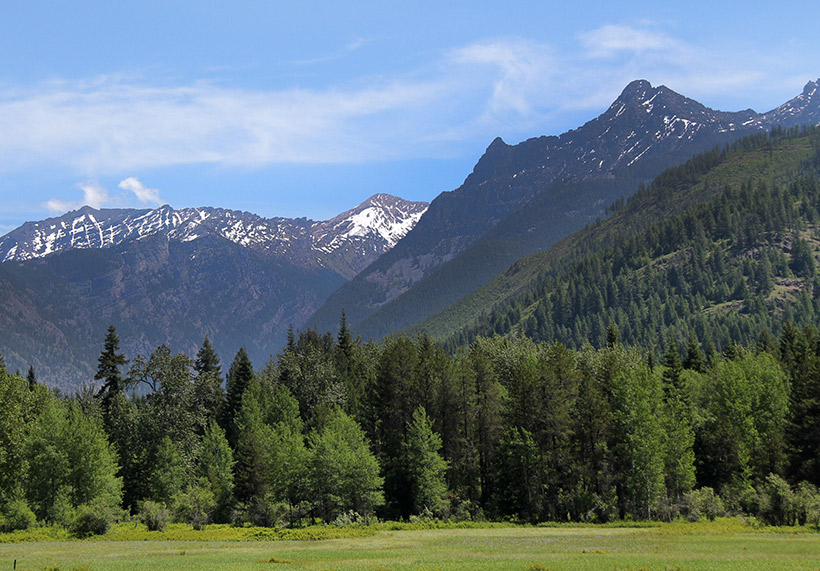 The U.S. Forest Service has released a management plan that outlines 161,400 acres suitable for official wilderness designation in the Idaho Panhandle National Forests.

The Idaho Panhandle National Forests (IPNF) were established in 1973 and encompass 2.5 million acres. It spreads across three states: Idaho, Montana and Washington and is home to 400 species of wildlife, including wolves and grizzly bear.

The original forest plan was first finalized and implemented in 1987. Much has changed in north Idaho since then. The national forest faces many challenges including increasing demands for multiple uses on the IPNF and development of surrounding lands.

In order to address the ecological and social issues that have arisen, officials revised the forest plan last year. Nearly 7% of the IPNF was recommended for wilderness or wilderness study, an 8% increase since the plan was approved 25 years before. The plan laid out general guidelines for the next 10 to 15 years of forest activities in categories such as timber, grazing, fire, water quality, wildlife, recreation and ecosystems.

And now, on the eve of the 50th anniversary of the Wilderness Act, the Forest Service officially released the revised forest plan.

The Forest Service can recommend and protect areas that qualify for wilderness, but it is Congress who has the power to bestow the official designation on the land. It is the highest level of land protection, precluding roads as well as motorized vehicles and even mechanized equipment such as bicycles and chain saws.

As of now, the only official wilderness managed by the Idaho Panhandle National Forests actually is in Washington - the 9,900-acre portion of the Salmo-Priest Wilderness that extends across the boundary of the Colville National Forest to the Idaho state line.

In the revised forest plan, a total of 18,600 acres in the Salmo-Priest extending into Idaho is recommended wilderness. The boundary, as a compromise between conservation and recreation groups, was adjusted so that recreational activities such as mountain biking could be permitted on the trail along the Upper Priest River.

The three other areas recommended for wilderness in the revised plan include Scotchman Peaks (25,900 acres), Selkirk Mountains (36,700) and Mallard-Larkins (80,200).

The Scotchman Peaks wilderness recommendation has rallied the most support. Spanning the Idaho / Montana border, the Scotchmans are considered one of the last and largest untouched areas in the region. Not only does the land boast spectacular scenic trails with the occasional wolverines and grizzlies roaming through, but a unique mix of Pacific Northwest rainforest and subalpine landscapes and between 5,000 and 6,000 species of lichen growing in the trees, only 1,600 of which are currently known to science.

The Friends of Scotchman Peaks Wilderness has spent more than five years rallying support for a wilderness designation. So far the group has the backing by local, state and national politicians. They only lack a member of the congressional delegation to fight for their cause.

According to the Idaho Press-Tribune, the Mallard-Larkins and Selkirks recommendations, on the other hand, are more controversial, as neither environmental groups nor recreational users are satisfied with the proposal.

Motorized users of the land, like all-terrain vehicle enthusiasts, have seen available land diminish over the years even in spite of the fact that no official wilderness has been designated. National forest officials often must prohibit the use of motorized vehicles because of court-mandated access restrictions dealing with wildlife like grizzly bears, caribou and other species protected by the Endangered Species Act. Other roads have been closed due to impacts on fisheries and correlation to watershed damage.

A massive Great Burn Wilderness Area is also being negotiated by a group of varied stakeholders called the Clearwater Collaborative.

To this day, no official wilderness has been designated in Idaho north of the Selway-Bitterroot.