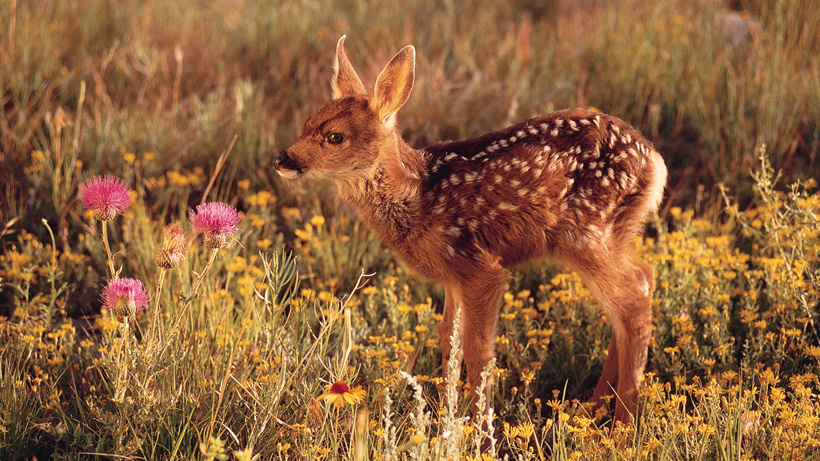 Idaho’s spring survey data is in and it appears that mule deer fawns didn’t do so well this winter. Idaho Fish and Game (IDFG) biologists say that the “cool, wet spring” following February snowstorms resulted a dip below the long-term average mule deer fawn survival rate of 58%.

This year, IDFG kept tabs on 209 mule deer fawns and 196 elk calves that were collared in early winter. According to the Idaho State Journal, only 42% of radio-collared fawns survived; however, collared elk calves fared a bit better with 69% of those collared still alive through the end of May. The numbers aren’t that surprising to biologists, considering elk are often hardier than mule deer.

Regardless, biologists compared these percentages with prior years’ survey data. 57% of fawns and 66% of calves survived through May 2017-2018, according to the Idaho State Journal. The winter of 2016-2017 was incredibly harsh, resulting in a higher mortality rate with only 30% of mule deer fawns and 52% of elk calves surviving through May 2016-2017.

While this isn’t positive news for mule deer, the good news is that adult deer had a higher survival rate. In fact, out of the 539 radio-collared mule deer does, 91% were still alive through May 31 and, out of the 578 elk cows collared, 96% were still thriving, according to the Idaho State Journal.

Will this change the number of mule deer or elk permits offered in future seasons? Stay tuned to goHUNT for further information.