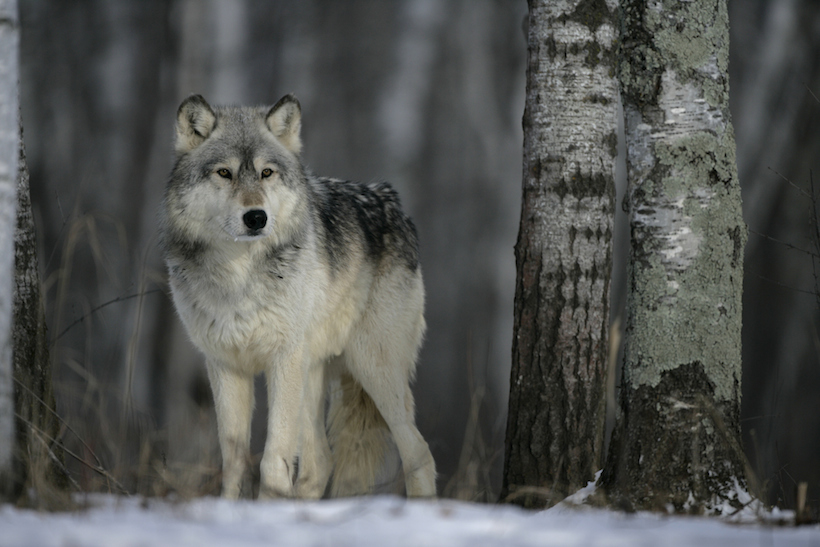 In the face of mounting opposition by pro-wolf groups and an imminent hearing before a federal appeals court, the Idaho Department of Fish and Game (IDFG) has suspended plans to kill wolves in the Frank Church River of No Return Wilderness this coming winter season.

In a sworn statement filed with the 9th U.S. Circuit Court of Appeals last week, IDFG Wildlife Bureau Chief Jeff Gould stated that they would “not conduct any agency control actions for wolves within the Frank Church River of No Return Wilderness before November 1, 2015.” The IDFG had previously planned on resuming the wolf-killing program as early as December 1, 2014.

Federal biologists had released wolves in the area in the mid-1990s to rebuild the struggling Northern Rockies population. Since then, wolf numbers rebounded quickly and the wolf has been removed from the federal endangered and threatened species list. They are once again allowed to be hunted.

The wolves, however, had more impact than expected on elk populations in the Middle Fork Salmon area of the Frank Church River of No Return Wilderness. Elk cows and calves in the area have been particularly vulnerable to predation, and the Middle Fork herd has declined by roughly 43% since 2002. The number of elk calves surviving is too low to replace the number of adults dying each year, and the herd is continuing to decline.

“The human intervention of wolf reintroduction had negative effects greater than the federal government anticipated to area elk herds, whose value…was a significant factor in (the agency’s) support for its wilderness designation,” said Gould.

As part of a state plan to boost elk numbers in the area, the IDFG hired professional hunter Gus Thoreson to trap and kill wolves last winter. Thoreson killed eight wolves with traps and a ninth by hunting, eliminating two wolf packs in the area.

In February, state officials announced plans to kill 60% of the wolves in the Middle Fork section of the wilderness over a time span of several years.

The killings sparked strong opposition from a number of wildlife advocacy groups, who sued the state and federal officials in federal court earlier this year.

Defenders of Wildlife, Western Watersheds Project, Wilderness Watch and the Center for Biological Diversity filed the lawsuit in January, claiming that the U.S. Forest Service, which is charged by Congress with managing and protecting the Frank Church Wilderness, violated the Wilderness Act and other laws by allowing and assisting the state wolf-killing program in the largest forest wilderness in the lower-48 states. The groups are represented by environmental law firm Earthjustice and are joined by Ralph Maughan, a former Idaho State University professor, conservationist and longtime wolf recovery advocate.

In a separate sworn statement filed with the 9th Circuit on July 24, the Forest Service committed to providing the groups with a notice by August 5, 2015 of any plans by the IDFG to resume the professional wolf-killing program in the Frank Church Wilderness during the 2015-17 winter, as well as a “final determination by the Forest Service as to whether it concurs with or objects to such plans.”

“IDFG’s announcement now gives the Forest Service the chance to play out its mission - its obligation to protect our irreplaceable Frank Church Wilderness for the American people and for all its wildlife against an effort to turn it into a mere elk farming operation on infertile soil,” said Maughan.

Gould said that over the next year, the wildlife department will collect information on the impact of wolves, the effect of wolf management activities and elk mortality. Perhaps the organization will even take note of other precedents being set in regards to wolf management tools.

The Montana Fish and Wildlife Commission recently adopted rules and an annual wolf quota that allows private landowners to take a limited number of wolves per year when they find their safety, or that of their livestock or domestic animals, is threatened.

The annual quota stipulates landowners or their agents can take up to 100 wolves a year without a hunting license. The statewide quota for this program will be reviewed in four 25-wolf increments, meaning that each time the number of wolves taken approaches 25, 50 or 75, the commission must approve the next increment toward the 100-wolf quota.

“This approach offers another tool landowners can use if it’s needed,” said Jeff Hagener, director of Montana Fish, Wildlife & Parks in Helena. “One of our top priorities is to minimize livestock losses and we’re continuing to make a positive impact there.”

Suzanne Stone with the Defenders of Wildlife is satisfied with the outcome thus far.

“Wolves belong here as they have made the ‘Frank’ truly wild again,” she said in a written statement. “Ensuring healthy wolf populations here is critical for the recovery of wolves throughout the entire northwestern region.”