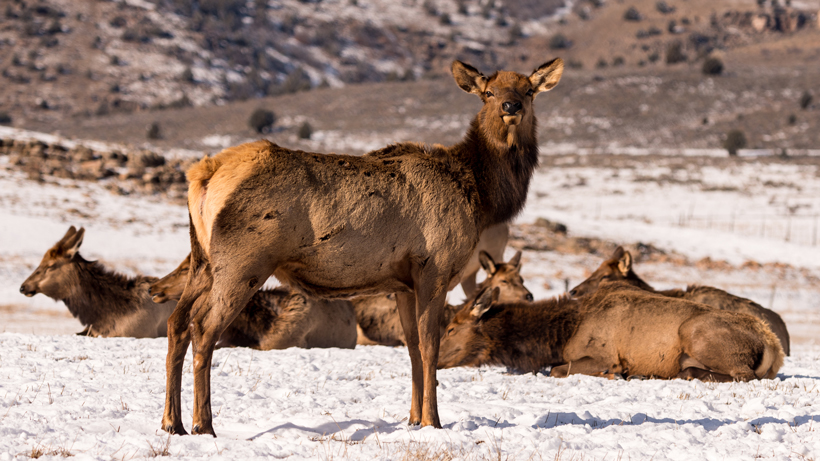 Agricultural damage on farms surrounding the Camas National Wildlife Refuge (Camas NWR) due to a herd of elk have Idaho considering a possible hunt in the near future. While the refuge is currently closed to big game hunts, the Idaho Department of Fish and Game (IDFG) just announced it will be accepting comments about a proposed Camas NWR hunt, East Idaho News reports.

“The area around Camas is a consistent depredation hot spot the area,” said Curtis Hendricks, the Upper Snake River Regional Wildlife Manager. “We hear about damage done to the area landowner’s property even though many of them don’t file for depredation reimbursement. The landowners eat the damage costs.”

According to East Idaho News, IDFG’s proposal would allow anyone with an antlerless elk tag for Game Management Unit 63 (GMU) – where Camas NWR is located – to automatically be entered into a drawing for one of the 80 available access permits. GMU 63 allows anyone who wants an antlerless elk tag to buy one. If someone draws the Camas tag, but doesn’t want it, IDFG will allow them to deny it.

Ten access permits will be available for eight access periods that run about two weeks: one from Sept. 1 to 15 and another from Sept. 16 to 30. After that, each month through December will have two access periods. Hunters will only be allowed to harvest an antlerless elk with the Camas tag.

Comments are currently being collected until Feb. 28. The Idaho Fish and Game Commission is expected to decide on the proposed hunt during their next meeting scheduled for March 18.