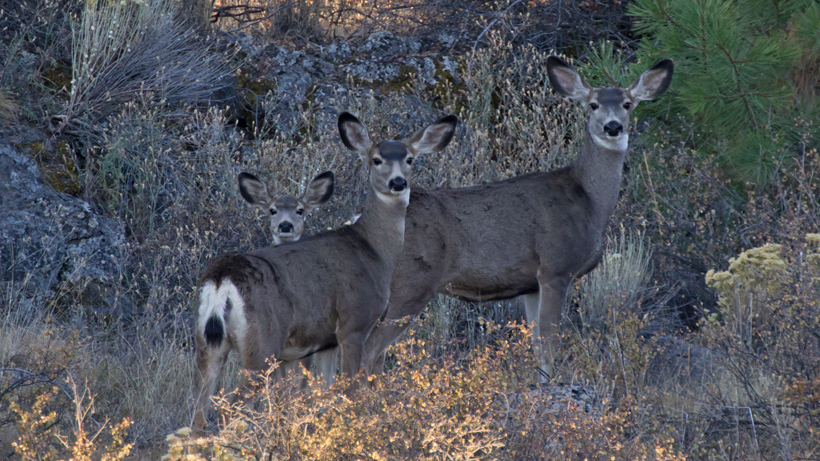 “From a statewide perspective, winter survival is tracking very close to what we saw last year,” said Rick Ward, IDFG deer and elk program coordinator. “If we continue on that trajectory, that’s good news because we ended up with above-average winter survival in 2019-20.”

However, the animals aren’t quite in the clear as Ward says that March and April are usually when mortality rates increase as “the young animals’ fat reserves are largely depleted and their digestive systems need time to convert to digesting fresh, green forage,” according to Big Country News. And, for mule deer fawns, the cold, wet weather of early spring can make that mortality rate spike.

Biologists will continue to monitor fawn and calf survival rates through May as weather continues to warm and the young animals figure out how to thrive. However, they’re optimistic numbers will hold steady as mule deer and elk surf the green wave.

“What’s really important at this stage is how soon winter truly ends, and how soon we start to see that spring 'green-up' on south-facing slopes,” said Ward. “If we continue to have warm, sunny weather through March and April, we should see survival numbers come in similar to last year and above the long-term average.”

As of February, 83% of collared fawns and 92% of collared elk calves were still alive, according to Big Country News. This is a similar rate to 2019-20.