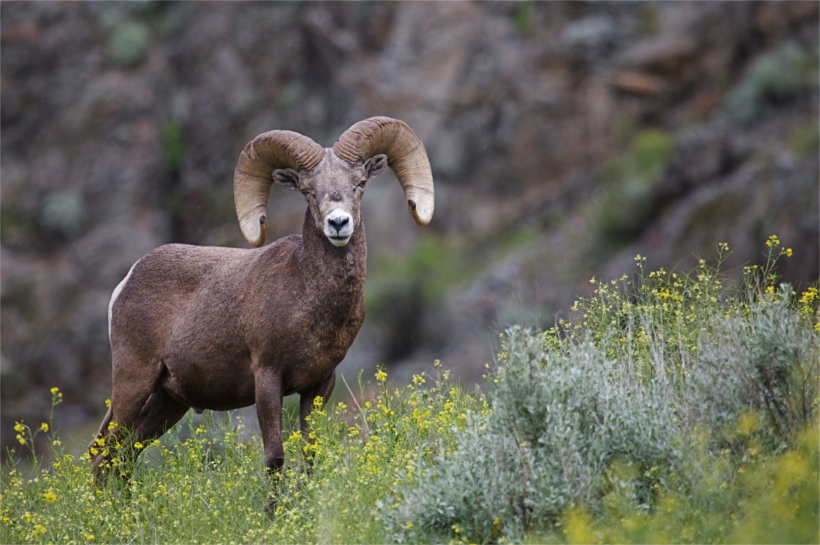 It can take years of applying to draw a coveted Rocky Mountain bighorn sheep tag and some may never even draw one. One Idaho man decided that he was above the regulations in place to hunt these once-in-a-lifetime animals and, instead, decided to take one illegally. Fortunately, he was apprehended. Paul R. Cortez has pleaded guilty to poaching a Rocky Mountain bighorn sheep in Salmon River County last November.

Cortez’s story was a little fishy from the beginning as he told Judge Gregory FitzMaurice that he thought he shot at a wolf, before switching it to a mule deer, and finally settling on an unknown animal with horns during his pre-trial hearing, according to the Idaho County Free Press. Cortez says that he was on his first hunt and didn’t know to buy a license. Yet, it’s apparent that Cortez may not be telling the whole story, which is why he agreed to plead guilty in exchange for keeping only one felony conviction and dropping all other related charges.

What did authorities find at his hunting camp? According to the Idaho County Free Press, Cortez had a Stevens Bolt Action Model 200 in .300 Win Mag topped with a Bushnell 3x9 scope and a hunting knife secured to the rifle. When asked, Cortez said that he had planned to buy a tag in town, but he obviously never followed through – especially considering that bighorn tags aren’t available over-the-counter.

Cortez currently awaits his sentencing, which is scheduled for June 6.