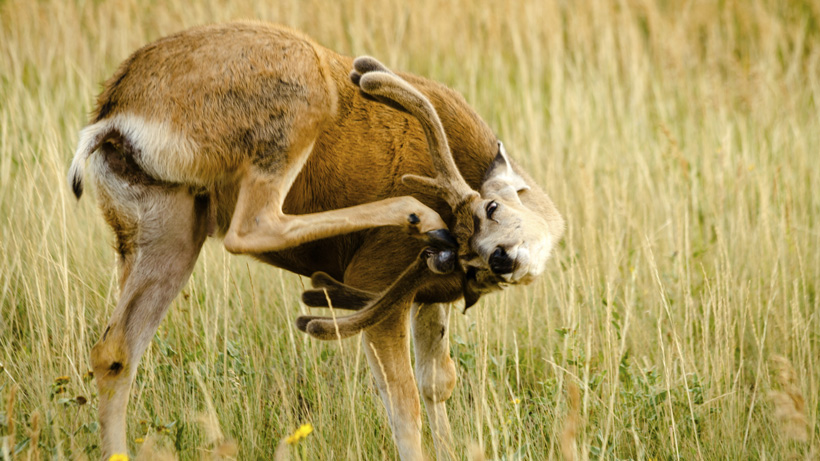 Overall, Idaho mule deer and elk fared well this past winter. Mild winter conditions allowed populations to hold steady with some areas experiencing a “slight uptick,” which could result in a bit more mule deer and elk opportunity this fall. Last week, the Idaho Department of Fish and Game (IDFG) reported that 73% of radio-collared elk calves and 63% of mule deer fawns survived the winter across the state, the Post Register reports.

“It was probably about an average winter for us,” said Curtis Hendricks, IDFG regional wildlife manager. “Not really great survival but not poor survival. It was a normal year that we experienced.”

This is positive news for Idaho mule deer and elk hunters.

“The big thing for hunters is that it’s good news,” said Hendricks. “Three of our last five winters have been a little more elevated. The deer numbers were on the decline. This is a slight uptick towards building population. If we could tie a couple more good winters in with that, deer numbers should start climbing again.”

“We’ve been monitoring overwinter survival of mule deer fawns for the last 22 years. During that time, the average survival of fawns caught in early January as six-month-old fawns through the end of May has been 57 percent,” said Jon Rachael, state game manager. “This last winter, 63 percent survived, which is a little higher than the long-term average and way better than the previous three years.”

In particular, IDFG monitored deer and elk on the Sand Creek desert and the Palisades area as well as areas near Pocatello, according to the Post Register. Hendricks said that deer in those areas “make up the Island Park population during the fall” and that Island Park population was “up from our last survey.”

Palisades deer numbers were “down a bit,” but Hendricks was anticipating that. However, elk numbers were holding steady.

“We are at the top end of our objectives for (elk) populations (in Island Park),” said Hendricks. “Our Palisades populations are trending steady. That’s the lowest population zone, but it comes with our most unique challenges as far as brucellosis disease concerns and a lot of marginalized winter range in that country.”

Regardless, healthy deer and elk populations should lead to good fall hunting.

“For deer hunting this year it should be better than what it was last year,” said Hendricks. “Some of these fawns will have survived and they’ll be yearlings and two-points (bucks). There should be more two-points and more deer in general in most places in the region than there was last year.”