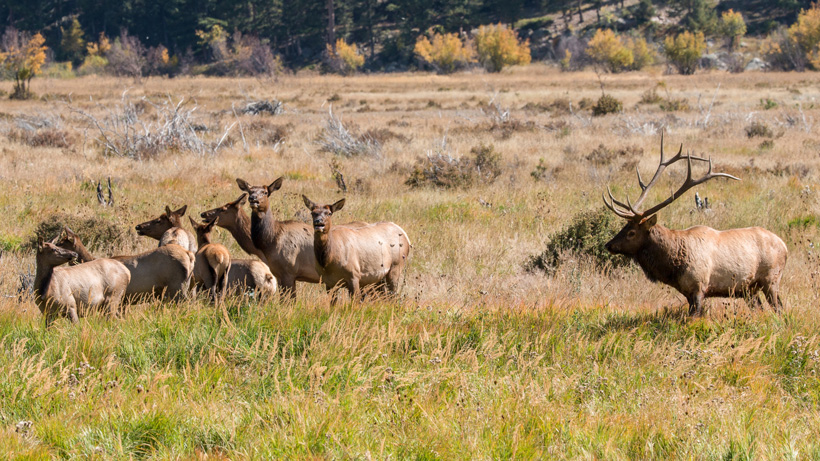 Six men have been charged with poaching mule deer and elk in Idaho. Last week, Idaho Department of Fish and Game (IDFG) officials were able to close the case that included a lengthy investigation and the illegally killing of three mule deer and 16 elk in near Preston. Jay Reeder, Brandon Porter, Rick and Jesse Earl, Dustin Hollingsworth and Brian Miller reached plea agreements last week for poaching the animals, which included “several trophy class animals,” the Idaho State Journal reports.

“It seemed as though they just couldn’t stop killing,” said IDFG Regional Investigator Cody Allen. “Most of the animals were simply shot and left with no attempt to salvage the meat; some with rifles during muzzleloader seasons and others when the seasons were completely closed.”

According to the Idaho State Journal, the poaching occurred over several months in 2018 on the “Reeder Ranch” and surrounding private property. Those involved did not observe weapon restrictions or tagging requirements. They also left most of the carcasses to rot, grabbing only the “antlers and choice cuts of meat.”

During the investigation, IDFG determined that Reeder and Porter were the worst of the bunch, killing three mule deer bucks and 13 of the 16 elk as well as wounding and crippling other elk “with no attempt made to recover the animals.” Further, officials discovered that the two men sold some of the meat and antlers from the poached animals to buy a new rifle. During this time, the men also poached pheasants, magpies and wild turkeys that were baited onto the property, the Idaho State Journal reports. Further, after issuing search warrants for the wildlife violations, officials found the duo in possession of a controlled substance and Reeder had “possession of an unlawfully taken bear he poached in California.”

According to the Idaho State Journal, Jay Reeder and Brandon Porter pleaded guilty to four felonies and forfeited their hunting privileges for life. They received a two-year suspended prison sentence that they will have to serve if they violate the conditions of their 20-year felony-supervised probation. Both served 30 days in jail. Rick Earl pleaded guilty to one felony and one misdemeanor for killing two elk and “illegally possessing three other poached elk and deer,” according to the Idaho State Journal. He received a two-year suspended prison sentence and five years of felony-supervised probation. All three are required to complete 50 hours of community service and pay $72,050 in fines and civil reimbursement. They forfeited their guns and poached animals to IDFG and are forbidden to possess any firearms.

Jesse Earl, Brian Miller and Dustin Hollingsworth received one-year hunting license revocations and are required to pay $3,767 in fines, civil reimbursement and court costs for their involvement. They pleaded guilty to “misdemeanors for their role in attempting to legitimize the poached elk by possessing the animals and using or facilitating the elk tags of others to cover the unlawfully taken elk,” according to the Idaho State Journal.

“These men demonstrated a complete disregard for wildlife and wildlife laws and used the seclusion of private property – theirs and trespassing on others – to carry out their desire to kill and poach, stealing animals from legitimate sportsmen and women and leaving most of them to waste,” said Allen.