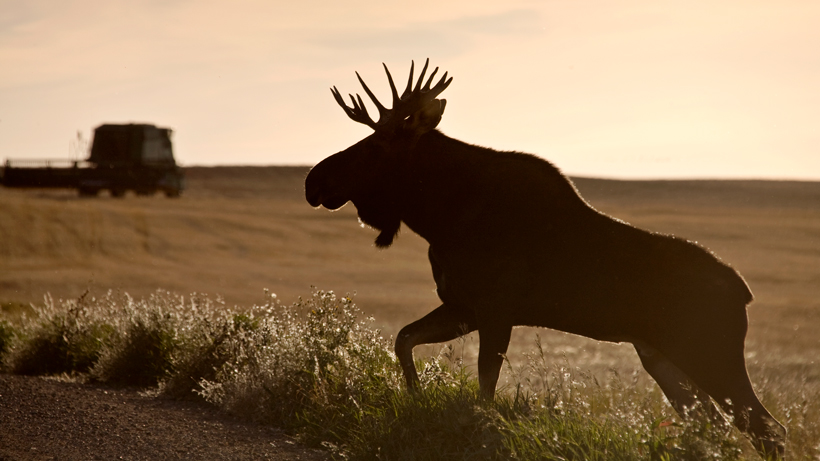 If you’re heading into the backcountry, keep this in mind: moose can attack, too. Last week, a camper at a Harrison Lake campsite north of Sandpoint, Idaho had to open fire on a charging bull moose, shooting the ungulate at close range in self-defense.

The Idaho Department of Fish and Game (IDFG) reported that the moose “tore apart the campsite and charged at the camper and his dog” on June 22. While the camper attempted to hide behind a tree, the charging bull moose didn’t stop, resulting in its death via a .45 caliber handgun, according to The Spokesman-Review. IDFG officials located the dead moose and the Forest Service has closed the Harrison Lake trailhead to prevent conflicts between hikers and bears that may feed on the carcass.

The trailhead will be closed for a week.

“It’s unclear whether the dog was leashed or not, but it was in the man’s camp,” said IDFG spokeswoman Kara Campbell. “The guy was camping there, so he had a whole camp set up.”

According to The Spokesman-Review, this isn’t the first time an aggressive moose has been reported in this particular area. Last year, the Forest Service closed the same trailhead with a posted warning.

This incident serves as a reminder to stay vigilant in the backcountry and to carry bear spray whenever you go. IDFG says that bear spray works against all sorts of wildlife, including those that charge. It is also important to keep dogs leashed as animals can feel threatened when they are allowed to roam. Remember to make noise as you hike or run and, if you encounter a moose, put something between you and the animal immediately – like a tree or vehicle.

Per IDFG, there are a handful of times when a moose might want to charge a person or dog: