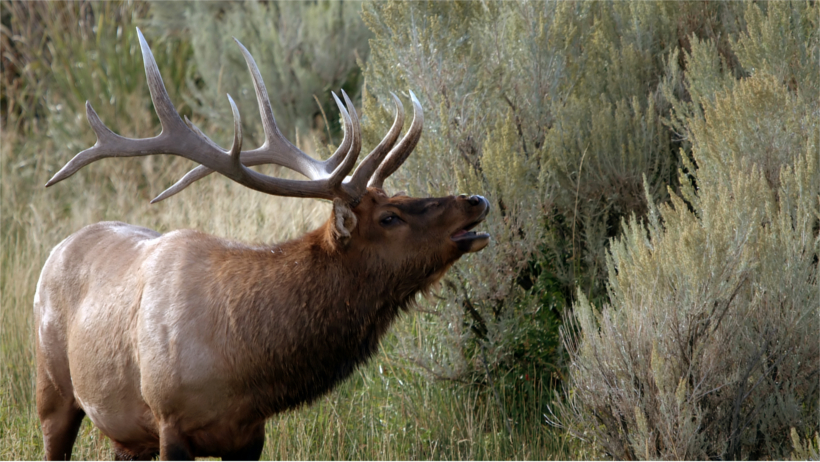 Hunting under pressure – especially for an outdoor hunting show – can lead to some dicey decisions and bad moves.  That’s what happened to Ricky J. Mills and Jimmy G. Duncan. Both men, who are residents of Kentucky, were convicted of poaching two bull elk in Wyoming after their hunt aired on national television on the hunting show, “Hunting in the Sticks.” Thanks to a tip from a Wyoming viewer, the Wyoming Game and Fish Department (WGFD) was able to gather enough evidence to link Mills and Duncan to illegally killing two bull elk north of Douglas, Wyoming in the Cow Creek Buttes and Miller Hills areas.

According to WGFD, after the first kill site was found, WGFD’s Investigative Unit and Douglas Game Warden Rod Lebert quickly built a solid case against Mills and Duncan. It didn’t help that during the show, both men admitted that they “didn’t know what we were getting into,” according to GrindTV.com.

As it turned out; they were getting into a whole lot of trouble.

"This case could not have been made without the assistance of the U.S. Fish and Wildlife Service and Kentucky Department of Fish and Wildlife Resources agents," WGFD Investigative Supervisor Mike Ehlebracht said in a press release.  "Through search warrants and interviews we were able to make a case and both men confessed."

WGFD determined that Mills and Duncan had killed two mature bull elk on private property in Deer Hunt Area 10 in 2014 during deer season. While both men also had elk licenses, those licenses were valid for Elk Hunt Area 51 – not for Elk Hunt Area 113 where the elk were killed. In fact, Elk Hunt Area 113 only allows a few licenses each year and bulls are only permitted to be harvested every other year, according to WGFD.
“I believe the two defendants were driven to get kill-shot footage for the television show and that resulted in their making bad decisions,” says Ehlebracht.

Mills and Duncan lose hunting and trapping privileges for 15 years in the 43 states that participate in the Wildlife Violator Compact. They also must pay $31,000 in fines and restitution collectively. The bull elk were forfeited to WGFD.