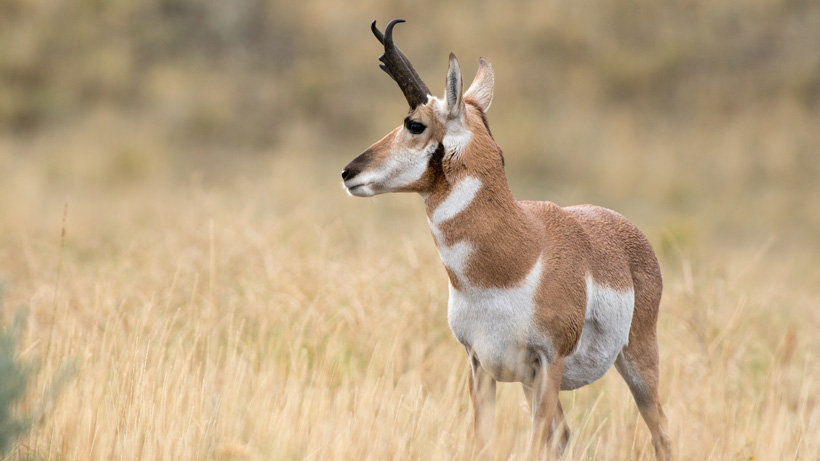 Hunters, get ready: Wyoming big game populations are healthy and ready for the upcoming seasons! While spring green-up was slow, a cooler and wetter summer has produced ample vegetation for antelope, elk, mule deer and other wildlife across the Cowboy State.

“I’ve never seen it this green this long,” Lee Knox, a Wyoming Game and Fish Department wildlife biologist in the Laramie region, told the Casper-Star Tribune. “We expect antler growth and horn growth to be phenomenal this year, and hopefully high fawn survival.”

According to the Casper-Star Tribune, here’s what to expect:

Due to chronic wasting disease (CWD), hunters are encouraged to test any animal harvested from the Laramie Mountain herd, which is already under objective due to loss of habitat, CWD and weather.

Regardless of what species you’re after, there will be plenty of hunters out on public land during opening day and weekends. Good luck! Here’s to a successful season!