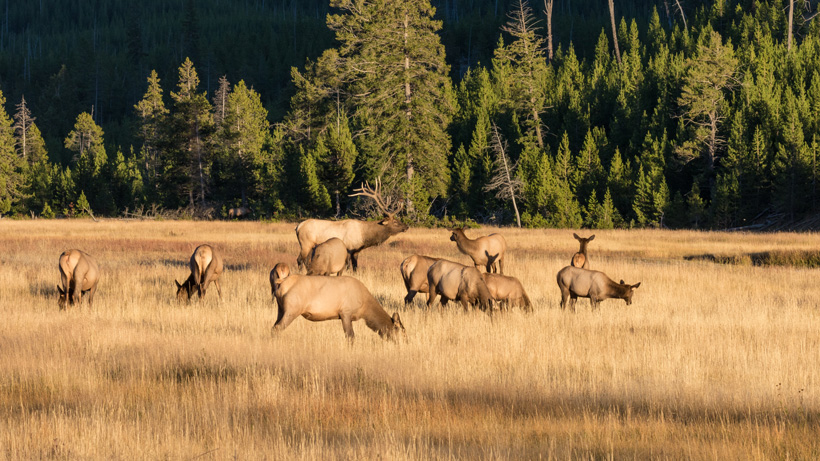 Colorado Parks and Wildlife (CPW) held two meetings last week to gather comments on the current elk population and take suggestions for herd management strategies. While the Colorado population has stabilized since its drop in the late 90s, careful management of the herds is necessary to keep numbers balanced and thriving.

In the Data Analysis Unit, which includes Game Management Units 80 and 81, the population is currently about 10,000 strong and biologists anticipate numbers to continue to increase, the Alamosa News reports. Biologists determine population based upon post-season herd counts, which means that the numbers are estimates; not exact population tallies.

“Trying to say how many elk are out there is an exercise in futility,” says Rick Basagoitia, CPW’s area wildlife manager for the San Luis Valley. “We don’t know for sure. Nobody can know for sure.”

Hunters, outdoor enthusiasts and Colorado residents gathered during these meetings and participated in CPW’s survey regarding elk herd management. CPW carefully outlined the two sides of the elk management discussion:

The Alamosa News reports that during Thursday’s meeting, 35% of participants voted for a 30% increase in the elk population; 32% wanted a 15% increase; 26% wanted the elk population to stay the same. Regarding bull-to-cow ratios, 42% wanted an increase in the current bull-to-cow ratio; 39% wanted it to stay the same. For hunters that participated in the meeting, 41% said they were “somewhat dissatisfied with elk hunting” and 22% were “somewhat satisfied.”

If you would like your comments included in the draft plan, which will be available this fall, take this survey before Aug. 12, 2017.