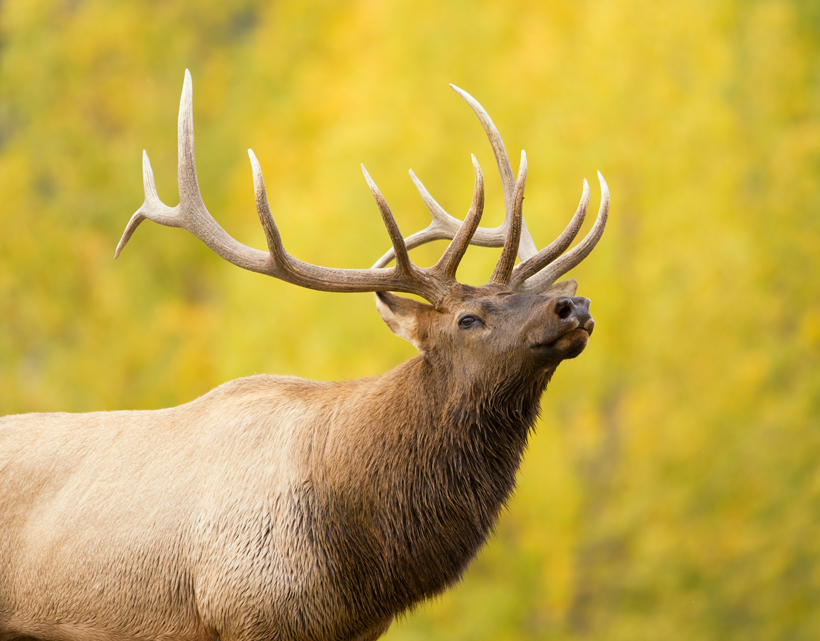 Hunters travel from near and far to take part in Colorado’s first rifle season, and as they prepare to go afield, they take every precaution necessary to ensure their best odds.

According to the Fort Collins Coloradoan, hunters spend thousands of dollars for guided trips from local outfitters, and an ample amount on licenses, guns, ammo and gear. It is one of the largest economic drivers in the state of Colorado, second only to skiing.

"This time of year, you go into a restaurant or cafe in these small mountain towns and 80% of the customers are wearing camouflage or blaze orange hats, depending on the season," said Josh Soholt, owner of Gannett Ridge Hunting Equipment. "Hunting is a huge economic boost.”

In the 2012-13 season, Colorado Parks and Wildlife collected roughly $110 million from hunting and fishing licenses. The sale of licenses is vital, as the agency gets about two-thirds of its funding for wildlife management from those sales. The funding ultimately goes towards helping to manage elk, deer and other game species.

"Hunters definitely foot the bill for wildlife management and for everyone to enjoy Colorado's outdoors," Soholt explained.

Out of the estimated 575,000 big game and small game hunting licenses sold every year, about 86,000 are issued to non-residents.

The non-resident hunters, however, must pay a much steeper price. This year, they paid $604 for a limited elk license, which they must apply for, and $601 for over-the-counter licenses that went on sale late this summer. To give this context, Colorado residents must only pay $49 for a limited elk hunting license and $46 for an over-the counter license.

In the 2012-13 season, Colorado Parks and Wildlife collected $38 million in elk and deer licenses from non-residents and $7.6 million from in-state hunters.

Non-residents are also critical to Colorado outfitting businesses. Bruce Ayers of Eaton-based Ponderosa Outfitters said that roughly 95% of his elk hunting customers are non-residents. For Wes Atkinson of Atkinson Expeditions in Fort Collins, about 80% of his clientele are from out of state.

"I've got groups from the East Coast, the South, a lot from Texas," Atkinson elaborated.

Atkinson’s team of seven guides leads about 200 trips a year.

These trips include Colorado big-game hunts of elk, pronghorn antelope, mule and whitetail deer as well as small-game hunts of coyote and bobcat at various units across the state. Atkinson says that a five-day elk hunt trip runs around $6,000.

The economic impacts of hunting even extend well beyond the hunter and his or her ammunition. For many communities across Colorado, hunting season is the lifeblood of the local economy.

"Hunting affects a lot of businesses, bars, restaurants, hotels, gas stations. Everybody gets a boost from the hunters," explains James Carothers, owner of the Moose Creek Cafe in Walden. "It's our lifesaver.”

Larimer County, a major hub for hunting-related gear, receives a particularly substantial boost from hunters. Before going afield, many hunters will stop in Larimer to stock up on gear. In 2013, retail stores in the area generated a whopping $4.1 million in hunting-related sales. Hunters have also helped create a staggering 574 jobs in the county.

Statistics like these are proof of the power and importance of the hunting industry.

Even despite the concerns raised when Colorado Governor John Hickenlooper signed new gun bills into law in March 2013, it seems that hunters are resilient. The state’s big game limited license applications have increased by 17,000 to 469,000, a 4% increase from 2012 figures. The state has also seen an increase in demand during the second and third rifle seasons last fall.

"Out-of-state hunters still came to Colorado. I think there are two reasons for that. One, Colorado has the largest elk herd in the U.S. The hunting is world class," Paul Martinez, a retired Colorado Parks and Wildlife biologist, surmises. "Two, Colorado is the only state you can come from out of state and pick up a bull tag or another over-the-counter tag. A lot of other states, due to smaller size of herds and their management goals, an out-of-state hunter can't hunt there. In Colorado, you can come here on a Friday, buy a tag and hunt Saturday.”