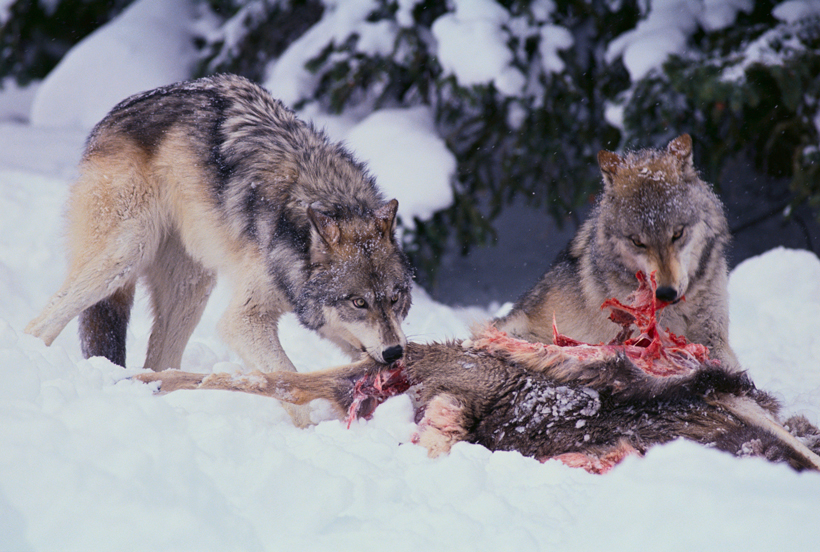 Good news for Montana residents: wolf populations have dropped and livestock depredations are declining thanks to successful wolf management plans across the state. According to Montana Fish, Wildlife and Parks (FWP), the verified wolf population has decreased by 12% since 2014 and livestock depredations by wolves have dropped by 46% since 2013. This means that targeted wolf depredation responses by USDA Wildlife Services and wolf harvest by hunters and trappers are working.

"For FWP, and we hope for others, it reinforces the fact that we not only have more tools for managing wolf populations, but that we're applying them effectively," says FWP Director Jeff Hagener. "One of our top priorities is to minimize livestock losses, and we think we're continuing to make a positive impact there."

Hagener notes that current populations far exceed federal recovery goals. According to the Great Falls Tribune, 134 wolf packs were counted this year (compared to 152 last year) and breeding pairs have increased to 33 from 28. While the minimum wolf count is the number of wolves actually verified by FWP wolf specialists, experts estimate that the actual number of wolfs is a bit higher.

Regardless, wolf management plans have continued to prove successful in protecting livestock and decreasing overall depredation. The Great Falls Tribune reports that cattle losses in 2014 were the lowest recorded in the past eight years. During 2014, 213 wolves were taken by hunters and trappers, which is a slight drop from the 231 taken in 2013.

"Montana's wolf management program seeks to manage wolves just like we do other wildlife — in balance with their habitat, with other wildlife species and with the people who live here," says Hagener.

While wolves were added to the list of endangered species in the mid-1990s, they were delisted in 2011, which allows Montana to manage wolves in a way similar to how the state manages bears, mountain lions, and other wildlife. FWP is guided by state management plans, administrative rules and laws to allow the species to maintain a steady (yet manageable) population.