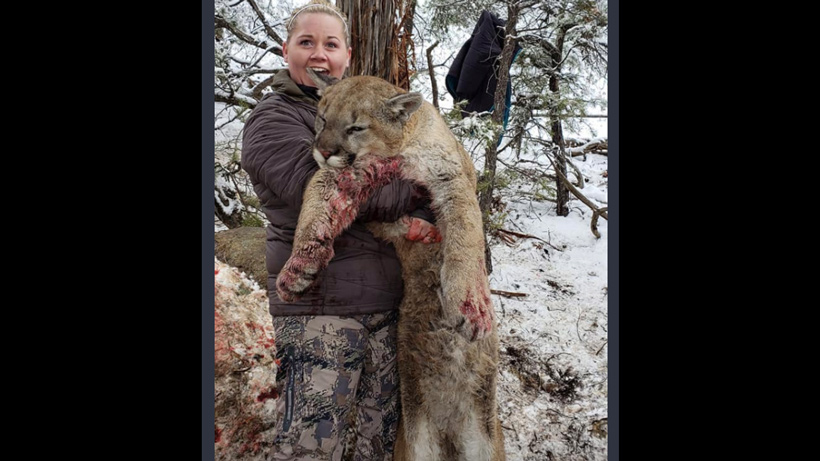 Another day, another hunter under fire after a Facebook hunting video and photo went viral. This time the target is Franchesca Esplin. Esplin posted a video of her hunting a mountain lion as well as a “photo of its bloody corpse” on Facebook, INSIDER reports. She had killed the mountain lion legally in Colorado—a state where these particular animals are incredibly prolific; however, while her hunt had occurred back in December, images and video of Esplin went viral last month after Prairie Protection Colorado, an animal conservation group, posted her photos and video on their page.

The backlash Esplin received following the group’s post was immense. Deanna Meyer, executive director of Prairie Protection Colorado, said it was a “trophy hunt” and that the photos were “pure psychopathic evil.”

However, like many hunters, Esplin relies on harvesting wild game to fill her family’s freezers and told INSIDER that she feels hunting for meat is “more ethical than factory farming.”

“Any hunting we do throughout seasons is for meat for our family. We can’t afford to always go to the store and buy steaks,” said Esplin. “At least I know that the meat I get from hunting hasn't been injected with steroids, hormones, and all that nasty junk.”

While some may not have appreciated seeing Esplin’s video or photos, Esplin’s original post appeared on her own Facebook page. It is legal to hunt mountain lions in Colorado with a valid permit during the appropriate season and Colorado Parks and Wildlife officials say that they do not plan on investigating Esplin’s hunt.

“I’m a hunter and with that goes the several thousands of dollars [of value] that I’ve provided to the state to help with conservation efforts,” said Esplin. “I do more for conservation than most.”