Hundreds of blacktail deer dying of disease on Vancouver Island 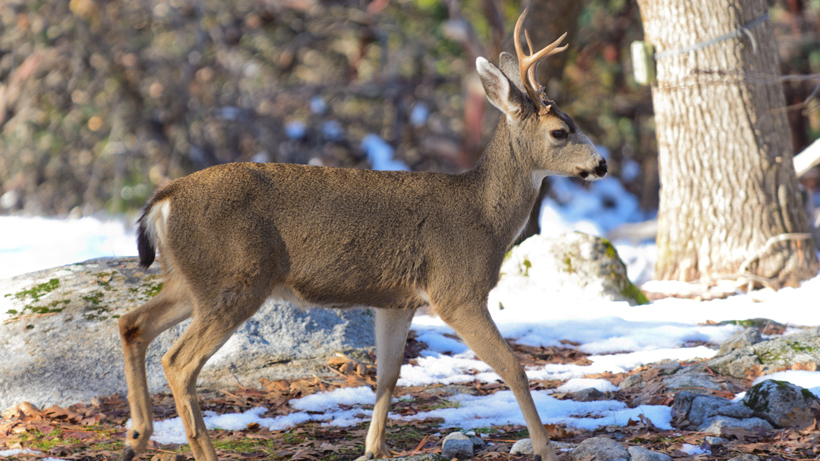 Since last fall, hundreds of “strange deer deaths” have been reported to officials from residents of Vancouver Island and the Gulf Islands in British Columbia. While the actual number of dead deer is not known, several of the reports include dead fawns, which have turned up in backyards of local residents, according to the Comox Valley Record.

The deaths of so many blacktail deer has been heartbreaking for residents, especially for Susan Renaud, who discovered two dead fawns in her yard. “It was very upsetting. The deer to me are like pets,” said Renaud.

Blacktail deer, which are a subspecies of mule deer, are native to the Vancouver area with a population fluctuating between 150,000 to 250,000 over the last few decades, according to the Ministry of Environment, Conservation and Parks. They tend to roam the southern areas, preferring Vancouver Island, the islands in Georgia Strait, and the Sechelt Peninsula.

While it took some time to determine what was behind the mysterious blacktail deer deaths, analyzed tissue samples discovered that adenovirus hemorrhagic disease (AHD) is the cause. This is the first time AHD has been reported and confirmed in British Columbia, according to the Record, and provincial wildlife veterinarian Caeley Thacker said that it is “very contagious.”

“There’s not a whole lot known about the disease,” said Thacker. “We know from other places it seems to be a nose-to-nose contact transmission pathway. We don’t think there are insects or anything like that involved, but, again, we don’t know.”

According to the BC Wildlife Health Program, infected deer will have difficulty breathing, may be foaming or drooling at the mouth, have diarrhea and seizures as well as develop ulcers and abscesses in their mouth and throat.

Right now, only deer samples from deer in Sooke and Courtenay have tested positive for AHD.

However, the problem with determining how widespread the disease actually is comes from the fact the only “reliable diagnostic tool” is tissue samples from a dead deer, according to the Record. Coupled with laboratory capacity and financing, monitoring the disease has been slow although officials are also sampling live deer to see if any of the animals have developed antibodies in order to survive the disease.