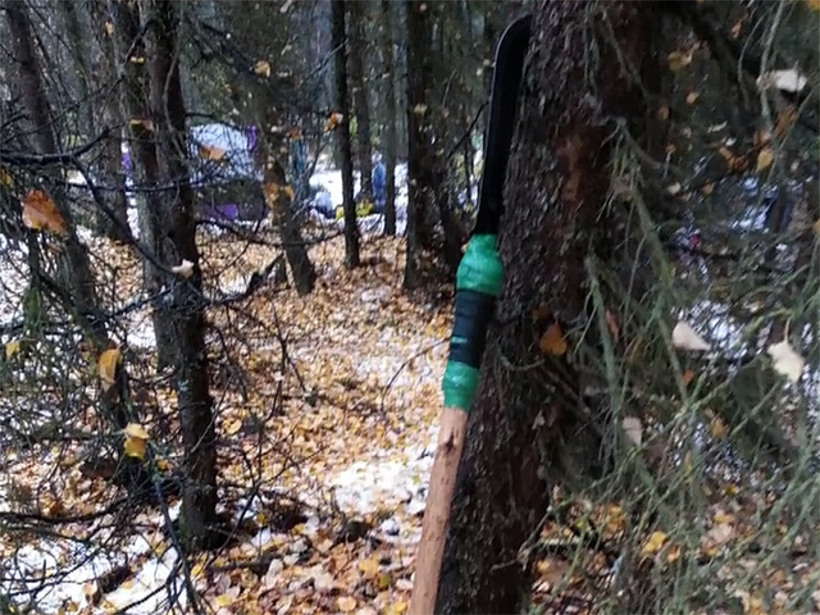 Every camper or hunter knows that leaving food out will attract bears. It is the unspoken backcountry code, yet a small group of homeless people illegally camped out in the woods of Anchorage, Alaska, experienced the repercussions firsthand.

Faced with repeated visits of two rogue black bear cubs and the watchful sow, one of the members of the group, David Tandler, decided to fashion a homemade spear to kill the threatening bear – believing that the action was in defense of the group’s children. According to the Washington Post, Tandler attached “a nicely groomed branch” to a long blade in preparation for the next attack. Once one of the yearling cubs approached, the spear was thrown, leaving behind a dead cub and a vengeful mother.

“They were attracting bears into their area because they were leaving food out irresponsibly,” says Dave Battle, a wildlife biologist with the Alaska Department of Fish and Game. “They had the bears coming in several times.”

Prior to Tandler’s spear throw, residents of the camp had tried firing shots to scare away the bears, which led to local authorities finding the camp and its inhabitants. According to KTUU.com, residents of the illicit camp had previously been asked to vacate and were expected to disband following the spear attack.

“This is a first for me,” says Battle. “I don’t remember ever hearing about anything like that before. We don’t recommend bear spears for self defense.”

While this was may be the first known bear-related spear attack in Alaska, authorities decided that Tandler had acted in self defense and the killing was legal under the state’s defense of life and property law, according to the Washington Post. Tandler was; however, fined $310 for negligent feeding wildlife.