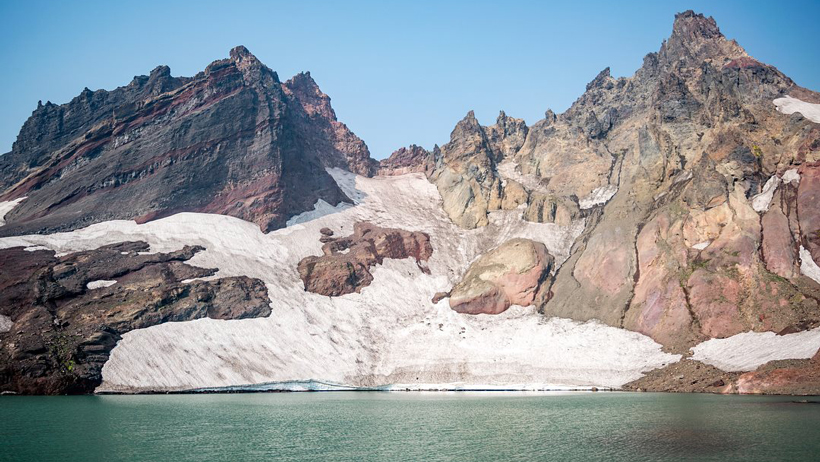 A group of Oregon hikers made a gruesome discovery recently when they stumbled upon nearly 20 dead elk above No Name Lake near Broken Top in the Central Oregon Cascades. When wildlife biologists with the Oregon Department of Fish and Wildlife (ODFW) and the U.S. Fish & Wildlife Service investigated the hikers’ findings, they were also shocked. According to ODFW, “What they found defied explanation.”

Biologists discovered a total of 19 dead elk, which included bulls, cows, and calves that “had been exposed by melting snow,” KATU.com reports. According to ODFW, biologists believe the dead elk were a result of a massive avalanche. 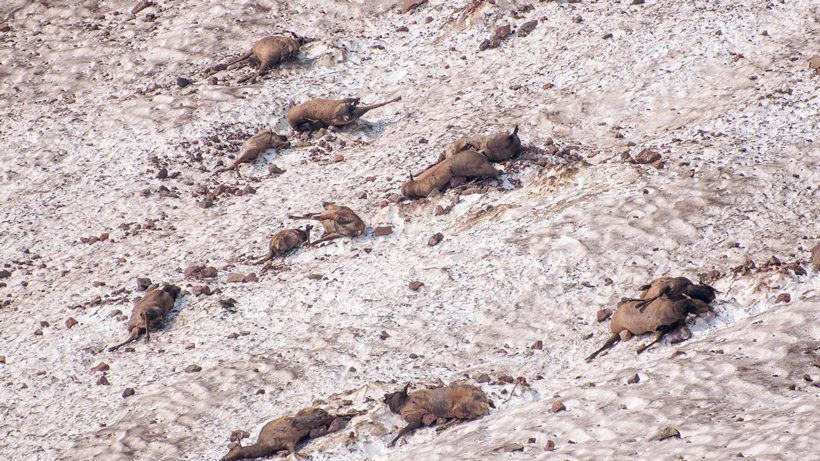 “What was evident was that the elk had at some point in the past, been covered up by a large wet slab avalanche as they attempted to cross a steep area just above where they were spotted,” said ODFW in a report. “It was evident their bodies had suffered a lot of trauma in the avalanche, including broken limbs, antlers and torn up hides. But they were otherwise perfectly preserved under the heavy snow and ice until fast-melting snow revealed them to hikers about a week ago.”

Biologists are unsure how long the elk have been buried under the deep snow, but the velvet on a bull’s antlers definitely suggests the event occurred during the summer. Heavy rockfall and avalanches can happen during the spring and summer thaw, especially that high in the mountains. Anyone who decides to hike in this area should be cautious.