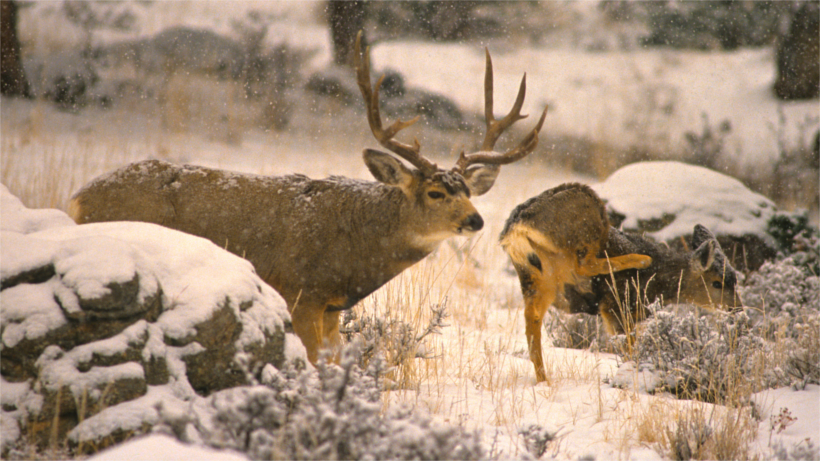 Winter hasn’t been kind to Idaho mule deer this year. In fact, Idaho Fish and Game (IDFG) biologists say that this is the lowest fawn survival rate in 18 years, which will result in fewer doe tags during the 2017-18 season to help the floundering herds. On the plus side, elk within the state haven’t been hit as hard by the winter and elk calf and cow survival is up, resulting in more tags and a new hunt area to help manage elk on private land.

According to the Idaho Statesman, 50% of the GPS-collared mule deer fawns have already died and IDFG says that, unfortunately, fawn mortality will continue to increase; mule deer doe survival is currently at 95%. IDFG plans to offer fewer mule deer tags for the upcoming season, reducing the either-sex mule deer tags in southern Idaho by 2,045 tags and decreasing the statewide, controlled-hunt deer tags by 1,600, according to the Idaho Statesman. Ironically, IDFG plans to increase whitetail tags in some areas, which will help alleviate the lowered mule deer hunting opportunity.

“We’re going to see a lot fewer yearlings in the harvest than we’ve seen in the last four years,” IDFG Deer and Elk Coordinator Craig White told the Idaho Statesman.

Fortunately, elk have fared fairly well this winter and IDFG plans to add tags for cow elk in general and controlled hunts. Elk calf survival rates have been positive with 76% of the collared calves and 98% of the cows alive and well at this time, according to the Idaho Statesman.  In response to the thriving elk herds, IDFG will add 1,460 more controlled hunt tags to the 2017-18 season, which includes 375 additional cow tags; another general-season hunt for cow elk will also be added to the Weiser River Zone and Panhandle Zone to help manage elk that are damaging private land, according to the Idaho Statesman.

IDFG will publish updated rules and regulations for the 2017-18 deer and elk seasons in April.