Help sage grouse and you help mule deer, too 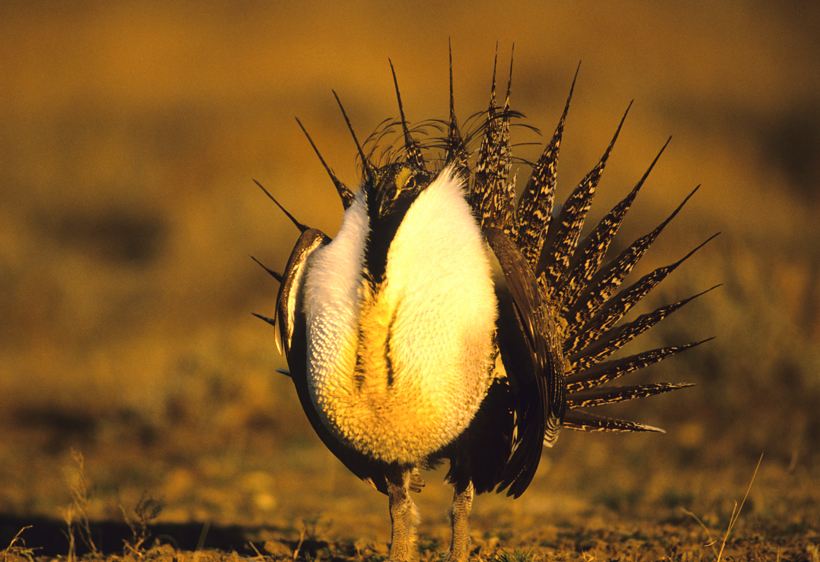 Many conservationists have long speculated that protective measures for sage grouse would benefit other species as well. Now there is proof. Researchers have discovered that conservation efforts to protect sage grouse in Wyoming have benefited the local mule deer population as well.

Sage grouse, which spend the majority of their time foraging on the ground, have been severely impacted by changes to their native habitat.

“Sage grouse are very sensitive to habitat fragmentation," explained Holly Copeland, a research scientist with The Nature Conservancy in Wyoming.

Urban development and energy exploration projects have carved up the birds’ habitat, ultimately causing the population to plummet to as few as 200,000.

The decline was so alarming that in 2009, the U.S. Fish and Wildlife Service declared the birds to be candidates for protection under the Endangered Species Act. Yet a number of concerns were raised that placing the birds on the endangered species list would impact energy development in the region.

To find compromise, the U.S. government worked with 11 western states, conservation organizations and corporations to find a different strategy. What they came up with was a plan to purchase conservation easements, that is, agreements not to subdivide large plots of land in order to protect and preserve key sage grouse habitat while still allowing other areas to be open for development.

The conservation easements proved to be overwhelmingly successful, helping to protect millions of acres for use by the sage grouse. Yet there was something else that the program had unintentionally done that was equally as important — it had preserved key migratory corridors for mule deer.

According to the Mule Deer Foundation, the mule deer population across Wyoming has fallen from 564,000 to 374,000 over the past 14 years. Experts site habitat loss and barriers to migration as the two key factors for the decline.

As it turned out, however, the same lands that were being conserved for sage grouse proved vital for mule deer migration. Researchers found that the areas identified as core grouse habitat in Wyoming’s Upper Green River Basin overlap with winter range, stopover areas and migration corridors used by mule deer, and that the grouse core-area provisions are generally sufficient to limit impacts on deer as well as grouse. Those provisions mainly include restrictions on surface disturbances for activities such as oil and gas drilling.

Researchers caution, however, that many important mule deer habitats remain outside grouse core-area boundaries. In other parts of Wyoming, the overlap of grouse core areas and mule deer may be comparable, more fragmented or just plain nonexistent.

“We are excited by our findings but caution that there are gaps in mule deer conservation, especially outside of core areas, where future development may become more concentrated, potentially resulting in impacts to migrating deer,” Copeland warns.

“The lack of formal identification and protection of migration corridors as areas recognized by state and federal agencies — in Wyoming and the West — is a gap in our current wildlife management policy,” stated Matt Kauffman, director of the Wyoming Migration Initiative, in a press release.

Still, the study results are heartening, giving conservationists and wildlife management officials a renewed hope for the efficacy of their efforts. The unintended benefits of sage grouse protection are indeed an “important step toward the conservation of migratory mule deer,” Copeland maintains.