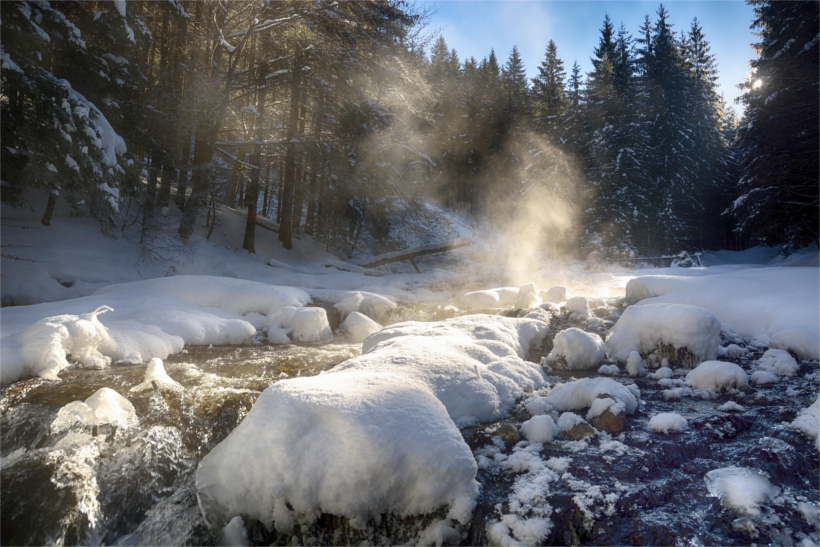 While most of Colorado experienced a mild winter, sections of the Northeast did not. Heavy snow blocked winter forage for mule deer, elk and pronghorn and many were found by wildlife officials stuck in deep snow. This isn’t unusual for Colorado, but biologists are thankful that the harsh winter months are nearly over.

Big-game “animals are on a starvation diet starting in December,” says Northwest Region assistant manager Dean Riggs. “There is no comparison or substitute for summer forage.” This means that mortality can be high for older or younger animals, particularly deer fawns and elk calves who do not have the ability to survive deep snow and bitter cold. In fact, according to The Daily Sentinel, wildlife officials anticipate the deaths of nearly 60% of the fawns – a fact due to the heavy snowfall that blankets the area.  On average, in the Northeast region, snow is about 4’ deep, but in certain elevations can reach up to 7’ – and Steamboat Ski Resort reported 30’ this winter.

“It was not very good,” says Ron Velarde, Northwest Region manager for Colorado Parks and Wildlife. “The elk were having a rough time moving, the deer weren’t moving, and the antelope were bunched up.”

Fortunately, with the spring thaw on the horizon – and the extra daylight and sunshine that February and March brought – animals should be past the worst of the winter weather. Snowmelt allows animals access to forage, which is a necessity after surviving on their winter fat reserves. Biologists remain optimistic that herds will rebound now that winter is mostly behind them.

“From our perspective, thanks to a lot of things, we are ending up in better shape than we earlier thought,” says Verlarde. “It doesn’t mean we’re out of the woods, but overall it could have been a lot worse.”