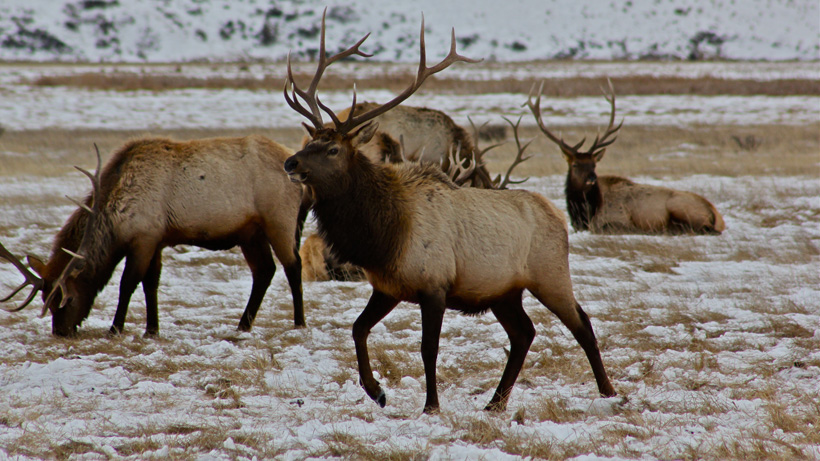 Last week, Idaho Department of Fish and Game (IDFG) officers had to clean up the remains of 16 elk that died this past winter at the Tex Creek Wildlife Management Area (WMA) in eastern Idaho. The elk died after “being crushed by the one-ton bales” stored at the WMA or after being “trampled by another elk,” CBS2 News reports.

IDFG was notified of the elk carcasses after a local resident reported seeing them in the IDFG stackyard in the Indian Fork portion of the Tex Creek WMA. Since the discovery, officers have removed the carcasses, placing them “off-site” for scavengers. IDFG believes that the elk broke through a fence “protecting the stackyard,” which was stocked with hay from a 2016 IDFG emergency feeding operation. Hungry elk ate through the bottom of the haystack, which caused it to collapse, possibly trapping the animals to death.

IDFG plans to clean up the stackyard, removing the excess hay and fencing this summer, according to CBS2 News.