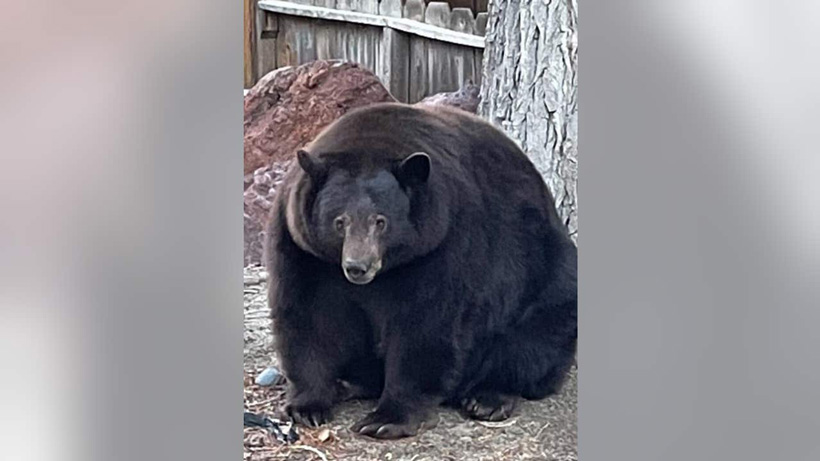 The 500-pound black bear dubbed “Hank the Tank” is still on the lam after breaking into two more California homes. To date, Hank has caused “extensive damage” to 33 properties and broken into about 28 homes in a Lake Tahoe neighborhood over the past few months, according to CNN.

The latest break-in occurred on February 18. The South Lake Tahoe Police Department reported that the bear didn’t go into a garage after trash, but instead physically broke through a window into the home before managing to get out. And while the massive black bear hasn’t attacked any humans or pets, worried residents have been flooding police lines with over 100 individual reports since the black bear began its tirade on the Lake Tahoe neighborhood last spring.

“The incidents primarily occurred during the summer and fall of 2021, when the bear was in hyperphagia, adding calories to survive the winter,” says California Department of Fish and Wildlife (CDFW) spokesperson Peter Tira. Hyperphagia is a stage prior to hibernation where bears eat and drink constantly to bulk up for their winter snooze.

“It’s learned to use its size and strength to force its way into homes,” adds Tira. “It’ll barge through garage doors, it'll barge through front doors. It'll go through windows.”

The bear is easy to identify – and not just because of its massive size. The South Lake Tahoe PD reports that Hank has a dark coat with a lighter muzzle.

“He’s not subsisting on a diet of ants and berries like a lot of wild bears do,” Tira told BBC News. “In Tahoe there’s year-round access to high caloric food – whether we’re talking about leftover pizza or ice cream or just trash. It’s easier to find that kind of food than to work for hours to remove grubs from a dead log.”

Further, the bear is apparently not afraid of people. Police have used non-lethal methods like bean bag munitions, sirens and dry-firing police tasers that make a “clicky-clack noise that the bears hate” to haze Hank the Tank from the area, but, so far, those methods aren’t working, which means that CDFW may be forced to euthanize the bear.