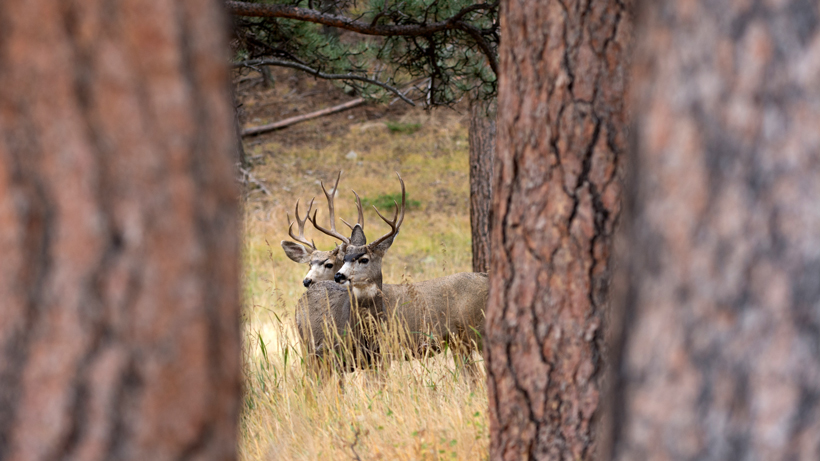 Due to dwindling mule deer numbers, habitat improvement projects are in process in the southern Bighorn Mountains of Wyoming. Phase one, which was geared towards the Upper Powder River mule deer herd—one of the “focal herds” in the Wyoming Game and Fish Department (WGFD) Mule Deer Initiative—has recently been completed, the Billings Gazette reports.

In 2011, WGFD and the Bureau of Land Management (BLM) began the Southern Big Horn Mountains Curl-lead Mahogany Restoration Project. The long-term habitat restoration project is a result of the 2006 Outlaw Cave fire that burned 815 acres of curl-leaf mountain mahogany stands, which are “important winter forage for mule deer” and “critical to sustaining winter deer habitat,” according to the Billings Gazette. Because of an increase in conifers following the 2006 fire, mahogany stands have been unable to fully recover due to their slow growing nature as well as shadows cast by the encroaching conifers.

However, since the project began, WGFD and BLM have restored 3,542 acres of mountain mahogany habitat in the southern Bighorn Mountains through physical and mechanical removal of the intruding conifers. Much of acreage treated by hand crews with chainsaws is located in the Middle Fork Management Area (BLM land), the WGFD’s Ed O. Taylor Wildlife Habitat Management Area and “private land along the face of the Bighorns north of the Middle Fork Powder River to Beaver Creek,” according to the Billings Gazette.

An additional 870 acres of mahogany stands in the Poker Creek drainage were restored in 2018 and 2019.