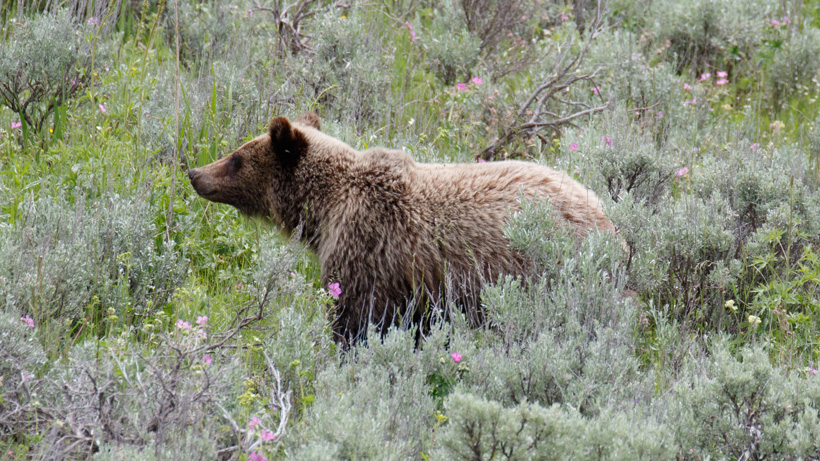 The Center for Biological Diversity has gathered over 65,000 signatures in favor of bringing grizzly bears back to California. The petition states that the once native bears would benefit from being reintroduced to the Sierra Nevada region, which has 8,000 square miles of “prime habitat.” While the bear represents the state of California by appearing on its state flag, officials do not think the grizzlies need to come back.

“The idea has been a nonstarter,” Jordan Traverso, deputy director of communications for the California Department of Fish and Wildlife (CDFW), told CNN. "We already have plenty to do with animals that currently exist in the state.”

Officials believe that grizzlies will behave in a similar way that nuisance black bears already do and will most likely wreak havoc among the 40 million state residents – not to mention California livestock.

Yet, Jeff Miller of the Center for Biological Diversity believes that a feasibility study should be conducted before any decisions are made, and says, “I think the state owes it to the people of California to take a good hard look.”

Reintroducing an animal back into its native area isn’t an easy task. According to CNN, it’s a lengthy process that includes identifying healthy animals, capturing them and captive breeding before any sort of release. Scientists aren’t even sure what the minimum number of grizzlies would be in order to be considered a full reintroduction to the state.

For now, if you want to possibly meet up with a grizzly, head to Wyoming, Montana, Idaho, Washington or Alaska. Just make sure to bring bear spray! What are your thoughts?