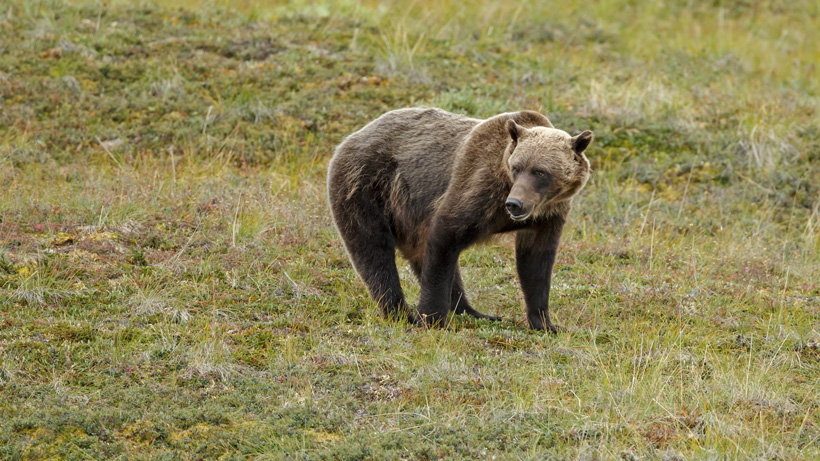 Yesterday, two conservation groups filed an intent to sue the federal government over a decision that permits the killing or removal of over 70 grizzly bears from in and around the Greater Yellowstone Ecosystem (GYE). The Center for Biological Diversity (CBD) and the Sierra Club’s lawsuit opposes a 2019 U.S. Fish and Wildlife Service that permits livestock grazing in Wyoming’s Bridger-Teton National Forest and authorizes “the killing of up to 72 grizzly bears over the 10-year life of the grazing program,” according to a CBD press release.

Both groups argue that decision “threatens the population” of over 700 grizzlies, according to Montana Public Radio (MPR). Further, they say that the targeted area is a critical part of the Yellowstone ecosystem for grizzly bear recovery and serves as an important route in elk, deer and antelope migrations.

Santarsiere added that “it’s the highest number of bear mortalities she’s ever seen the government permit” and “that those conservation measures are inadequate and unenforceable.”

“Rather than requiring the livestock industry to do more to prevent conflicts with grizzlies, the feds are just authorizing more bears to be killed,” said Santarsiere. “Wiping out Yellowstone grizzlies to make way for cattle to graze for cheap on public lands just doesn’t make any sense. These treasured bears deserve better.”

As goHUNT previously reported, grizzly bear protections are under review by the federal government. GYE grizzly bears are currently considered “threatened” under the Endangered Species Act.

The government has 60 days to respond to the notice of intent to sue. After that period of time, a lawsuit may be officially filed.