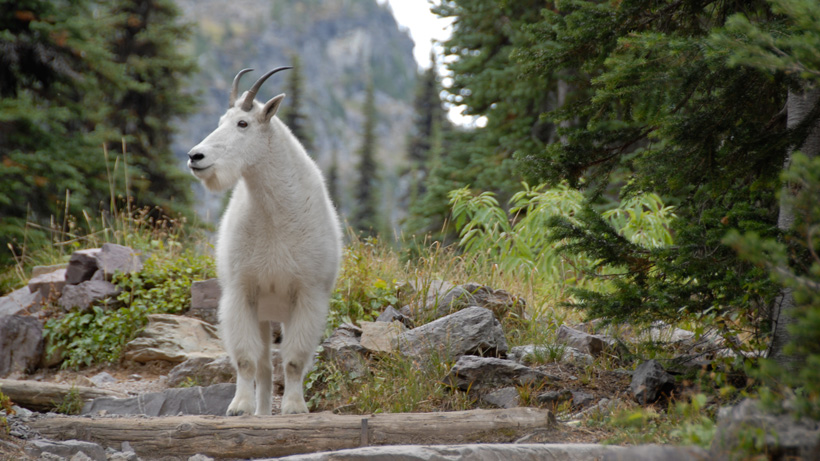 Utah’s decision to introduce mountain goats to the La Sal Mountains isn’t popular among several nonprofit and environmental groups. Earlier this month, the Grand Canyon Trust and the Utah Native Plant Society appealed the Utah District Court’s decision to dismiss their lawsuit against the U.S. Forest Service that would “require the Forest Service to remove [the] mountain goats and prevent further goat introductions,” The Times-Independent reports.

The controversial mountain goats were introduced to the La Sal Mountains in 2013 and 2014 by the Utah Division of Wildlife Resources (UDWR) as a type of filler animal to compensate in areas where bighorn sheep historically roamed. According to UDWR regional supervisor Chris Wood, mountain goats are a complementary species to wild bighorn sheep and are popular with both hunters and other wildlife enthusiasts; they also have a “large dietary overlap.”

However, proponents to their introduction say that mountain goats are bad for native habitat and plants. In fact, according to The Times-Independent, the Forest Service initially opposed the mountain goats introduction, pointing to “potential negative impacts to rare and sensitive plants in the Mount Peale Research Natural Area.”

Yet, Wood says that the “Forest Service has monitored alpine communities in the Uintah [Mountains] for decades and they have seen zero impact on the vegetation communities from mountain goats. So, we felt very confident that we could introduce mountain goats onto the La Sals and have zero impact on the vegetation community overall.”

UDWR and the Forest Service have also recently collaborated on a vegetation monitoring plan “that will detect any changes in the vegetation that could occur in the next upcoming years and see if there’s any ties to mountain goat use of that area,” says Wood.

For now, mountain goats have the right to reside in the La Sal Mountains; however, if the appellate court overturns the decision, it’s possible that the Forest Service will have to remove the goats.