Group works to restore grasslands for bison and other wildlife 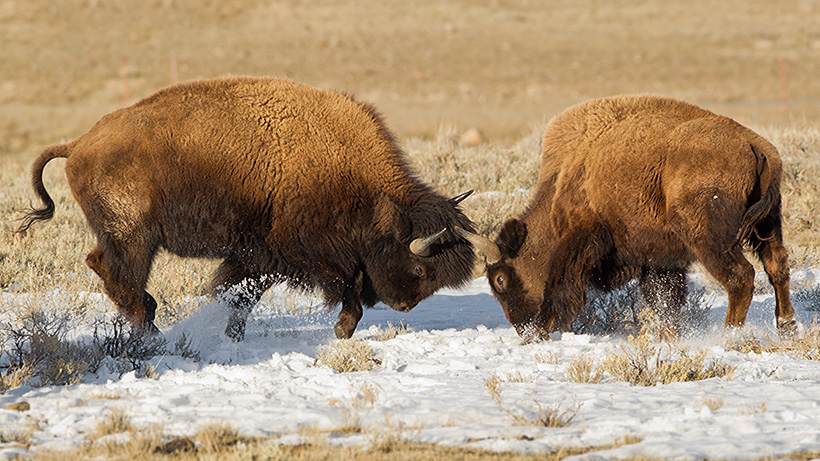 Oh, give me a home, where the buffalo roam…which is exactly what American Prairie, a nonprofit environmental group, is trying to do – and they’ve been working on it for decades. In 2001, American Prairie started to “create a fully functioning wild prairie” that included plenty of native species like bison, grassland birds, river otters, prairie dogs, grizzly bears and even wolves – species that have “been eliminated or diminished” due to farming and livestock grazing, according to the New York Times.

The area, which is known as the American Prairie Reserve, is located in northeast Montana. Since the first bison was introduced to the reserve in 2005, the numbers have grown to 774; however, that is still far from the group’s goal “to settle 6,000 bison on 500,000 contiguous acres,” said Scott Heidebrink, the director of bison restoration for American Prairie. Because one of the hardest parts of the entire project is “building up enough land.”

The Great Plains were once home to 30 to 60 million bison that acted as a sort of “keystone” species “in a complex ecological web, creating a cascade of environmental conditions that benefited countless other species,” according to the New York Times. Researchers thought the restoring the grasslands and rebuilding bison herds would only take a decade to complete, but have run into land costs, politics and other complications that have made the goal seem unattainable in the near future.

Agriculture is one of the primary interruptions in continuous grasslands.

“It’s being plowed up fast and mismanaged for cattle,” said Curt Freese, a wildlife biologist and one of the founders of American Prairie, noting that “[n]early a million acres in the eight-county region around the reserve have been converted to cropland in recent years.”

Regardless, the American Prairie continues to work to restore bison to their once native lands and regenerate what they hope will become one of the large continuous grasslands in the country. In fact, if they succeed, the herds could become one vast herd with about 3 million acres to roam.

“There are six bison herds all within a hundred miles of each other,” said Freese. “My vision long term is to develop a comanagement system, where bison roam freely across that whole landscape. You could have a herd of 50,000 bison.”