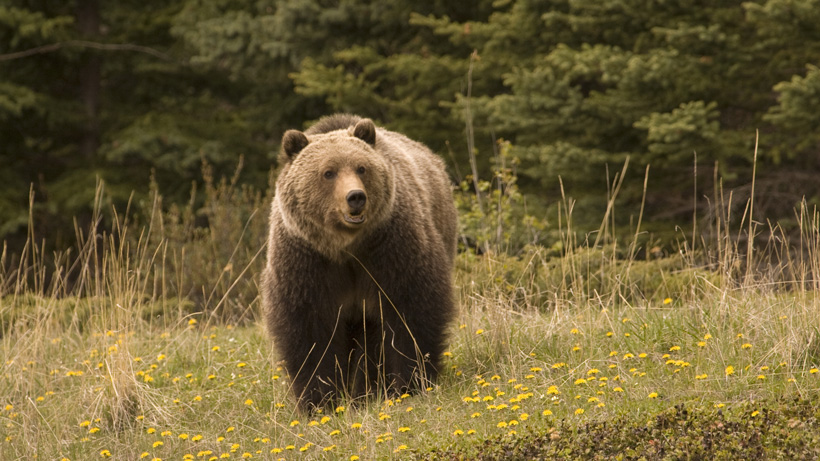 In a press release on April 6th, the Idaho Department of Fish and Game (IDFG) suspected a grizzly bear of killing livestock. Upon receiving information about a llama and a sheep that had been killed on private property, IDFG officers began an investigation and quickly identified grizzly bear tracks.

The landowner reported seeing a “reddish-brown” bear the night of the incident but could not say if it was a black bear or a grizzly. The attack occurred near the town of Naples in Boundary County.

Following the incident, IDFG in coordination with Wildlife Services have placed several traps on the private property in the hopes of capturing the bear. If successful, they will identify if the bear has a history of these types of incidents. Depending on this information, the bear could be relocated and fitted with a GPS collar.

In wake of this incident and the rising number of human to grizzly bear interactions, the question surrounding the federal endangered listing of this species must be heard. Allowing for relocation and potential euthanizing of “problem bears” is not a long-term method of wildlife management. Whereas having a hunting season in areas with healthy populations allows for effective management of the predator and potentially raises money for conservation agencies through the sale of hunting licenses. The delisting of this species is something we must continue to fight for.

IDFG would like to remind those living in grizzly bear country that with Springtime comes the awakening of these hungry animals and they recommend taking proper precautions to make their properties less attractive to bears. Ensure trash, animal carcasses, livestock feed and beehives are properly stored or disposed of.

It is also recommended to carry and know how to use bear spray. Here are a few tips to remain safe in bear county this hunting season. For more information or if you have questions please contact the Panhandle Regional office.