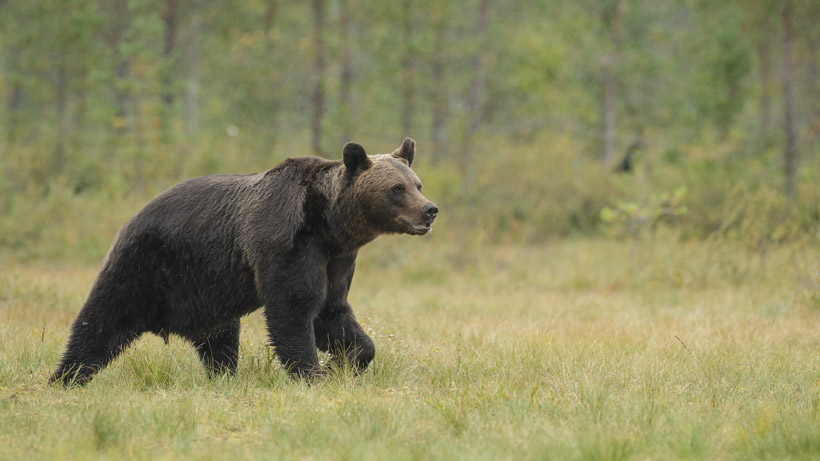 Grizzly bears are expanding their range with recent conflicts occurring near Heart Mountain in Wyoming. As grizzly populations continue to increase, biologists warn that bears may roam closer to residential and agricultural lands.

“We’re seeing expansion of bears into places people haven’t seen them for 100 years,” Dan Bjornlie, Wyoming Game and Fish Department large carnivore biologist, told the Powell Tribune. For biologists like Bjornlie, managing conflict is part of his job. “They get in trouble. There’s not many places near high intensity agriculture that they won’t get in trouble.”

Recent reports include a grizzly cub involved in a vehicle collision on U.S. Highway 310 and a bear that was trapped and relocated from farm land east of Heart Mountain; last year, three grizzlies drowned in the canal east of Heart Mountain, the Powell Tribune reports. Because of their large populations and territorial personalities, the bears appear to be seeking new terrain beyond the Greater Yellowstone Ecosystem, branching off into areas like the south end of Wind River and the western portion of Montana.

“They have spread to places where 10 years ago it was unheard of, but now it’s not uncommon,” says Bjornlie.

As goHUNT previously reported, scientists recently discovered an 11% change in increasing grizzly bear range over the last few years. Because of the rising bear populations, the U.S. Fish and Wildlife Service (FWS)is considering delisting the bears from the endangered species list. Within the Greater Yellowstone Ecosystem, Wyoming, Montana and Idaho would take over management of the bears. All three states are prepared once FWS makes its final decision, which should occur this month.