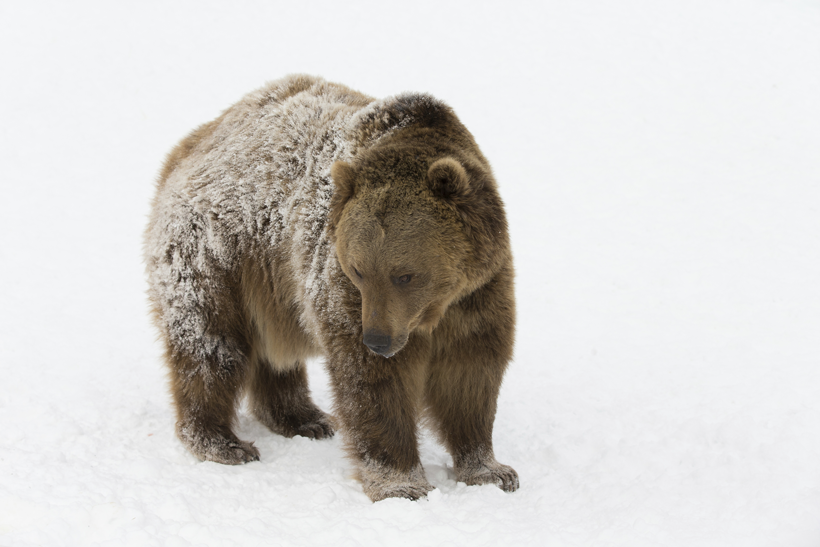 Bears rising from hibernation are usually a normal sign that spring is on its way, but this week’s confirmed sighting of the first grizzly bear activity in Yellowstone National Park could also illustrate how climate change can affect animal instincts. The bear was seen Monday during the late afternoon scavenging on a bison carcass in the central portion of the park — nearly a month earlier than prior years.

Park spokesman Al Nash said that between 2012 and 2014, the first sightings of the grizzly bears happened between March 4 and March 14, according to Reuters. A mild winter and current spring-like temperatures are likely causing the early end to the bears’ hibernation.

While the east coast has been slammed with record snowstorms, snowfall across the west is at an all-time low. In fact, January’s weather was unusually warm and dry and slowed snowpack across the west. Drought conditions are also still affecting California, Arizona, New Mexico, Colorado, Utah, Nevada, and Oregon, according to federal data released last week.

"This is as low a snowpack as I've seen across the Sierra Nevada and Cascades for many locations at this time of year," says National Water and Climate Center Director Mike Strobel.

Because of its untouched natural habitat Yellowstone National Park was recently selected to be part of the largest long-term study of climate change in North America. According to ThinkProgress.org, as part of the National Ecological Observatory Network, the park would be one of 60 key climate change monitoring stations where scientists can collect data to study the effects of climate change on the wild landscape.

With bears emerging early, park visitors need to be aware of proper bear safety information as well as Yellowstone’s seasonal bear management plan that closes sections of the park to reduce encounters between bears and humans.

“It’s important to make sure visitors during this period are aware that they already need to be thinking about proper actions in bear country,” says Nash. Bears look for food immediately upon emerging from their dens and often feed on elk and bison carcasses. Because these carcasses are valuable food sources, bears can attack if surprised while feeding. Visitors should avoid carcasses if seen, carry bear spray, hike in groups and make noise to avoid startling bears.