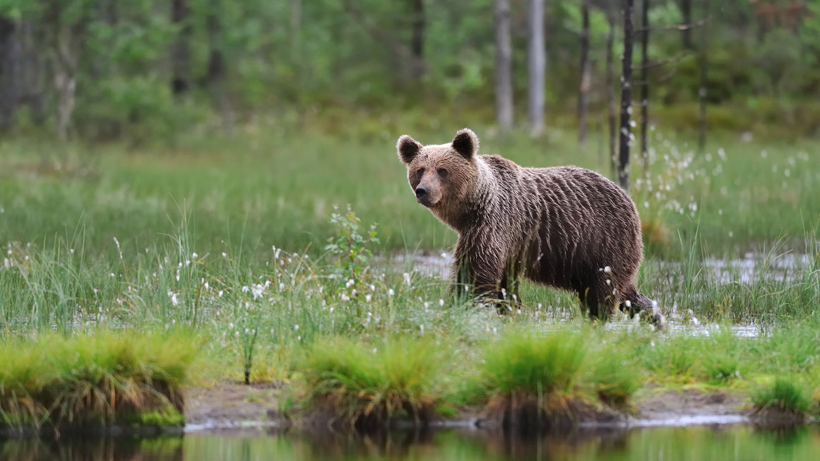 If you’re out enjoying the great outdoors in the southern Wyoming Range, you need to stay extra bear aware. This week, the Wyoming Game and Fish Department (WGFD) verified that a grizzly bear was spotted north of Viva Naughton Reservoir via remote camera photos, making it the second consecutive spring that a grizzly bear sighting has been confirmed in this area, according to the agency.

“This is black bear country, but with the verified presence of a grizzly, people enjoying the upcoming Memorial Day weekend should be practicing bear safety while outside,” said Todd Graham, Green River Region wildlife supervisor. “Be sure to keep a clean camp, free of food waste and garbage.”

This grizzly was spotted approximately 65 miles south of the Demographic Monitoring Area established by the U.S. Fish and Wildlife Service. According to the agency, this second sighting illustrates that the grizzly bear population is recovering and growing and anyone out in known grizzly bear – or any bear territory – should stay vigilant.

Per WGFD, this means the following:

While there is no known conflict between this particular grizzly bear, WGFD will continue to keep tabs on the situation. The agency reminds anyone who does witness anything to report it immediately.

“These spring sightings are the furthest south grizzly bears have been verified since well before recovery efforts began in the 1970s,” said Graham.