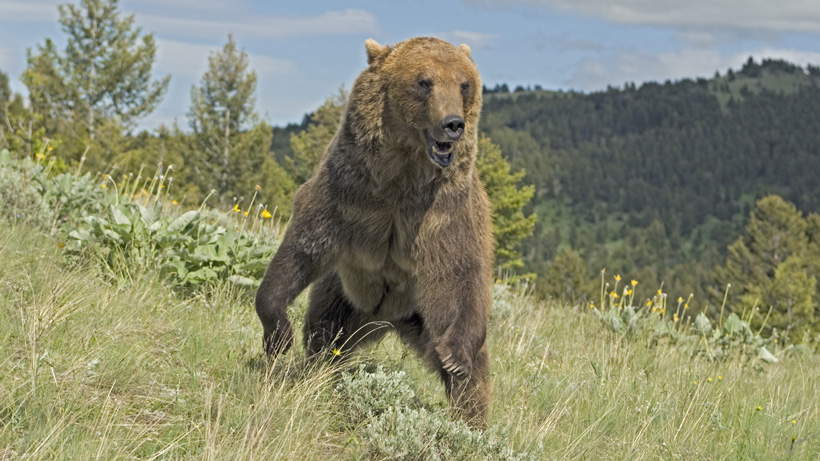 After hiker Craig Clouatre of Livingston, Montana went missing, officials sent out a search and rescue team that included helicopters only to find the man dead in what appears to be a grizzly bear attack. The incident occurred north of Yellowstone National Park, according to The Guardian.

“We’re fortunate to have a group of experienced volunteers on our [search and rescue] team and we’re thankful for the folks who have come to help,” said Park county sheriff, Brad Bichler.

The search went late into the night on Thursday, requiring flying thermal imaging, a ground search team and, even, horses as volunteers combed the Six Mile Creek area of the Absaroka Mountains. Unfortunately, when the missing hiker’s body was found, all the rescuers discovered were his remains.

“He was a joy to have as a son all the way around,” David Clouatre said. “He was a good man, a good, hard-working family man.”

Clouatre was an avid adventurer who spent a lot of time in the mountains where he was found, according to The Guardian.

“Of all the men I know, I can’t believe he would die in the wilderness,” said Anne Tanner, a friend of Clouatre. “He was so strong and he was so smart.”

Heading into grizzly territory? Check out these articles from Dave Barnett on how to stay safe.