Grizzly ‘incidental take’ is going up 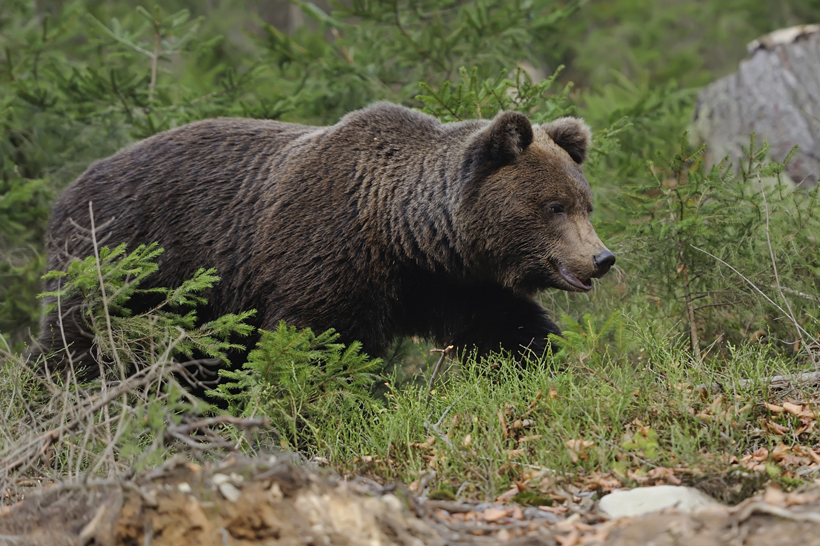 Federal wildlife managers believe that over the next nine years, elk hunters in Grand Teton National Park and on the National Elk Refuge will kill six more grizzly bears than originally anticipated.

There are an estimated 700 grizzly bears that live in the vicinity of Grand Teton and nearby Yellowstone National Park. Grizzly bears are a federally protected threatened species, and killing one is punishable by up to a year in prison and fines up to $50,000.

Though hunting of any animal is banned in most national parks, Grand Teton has authorized limited elk hunting under The Bison and Elk Management Plan. Initiated in 2007, the program allows hunters to harvest elk in the park and on the refuge in order to help wildlife managers control the elk population. The program is intended to run through 2022.

The problem is that wounded elk can become targets for the park’s growing population of grizzlies. Wildlife biologists have also noted that gut piles left by hunters have become a desirable food source for grizzlies as they try to fatten up before hibernation.

The U.S. Fish and Wildlife Service, the agency that oversees protected species, approximated in 2007 that hunters would kill just one grizzly bear in Grand Teton over the next 15 years. The agency also maintained that no grizzly bears would be killed by hunters on the National Elk Refuge through 2022.

In 2012, however, Grand Teton hit that one-bear limit when elk hunters killed a grizzly bear on Thanksgiving Day. The massive bear had been feeding on a dead elk and charged the party of three hunters from about 42 yards away. The hunters, all of whom had bear spray, shot and killed the bear. The encounter occurred in a heavily wooded are of Snake River bottomlands where park officials had been worried about hunters not being able to detect grizzlies and vice versa. In 2011, a grizzly attacked elk hunter Timothy Hix, of Jackson, in the same area.

Grand Teton officials took a number of conservation measures after the incidents. They have since banned hunting along the Snake River between Ditch Creek and Deadman’s Bar, required hunters to carry bear spray, blatantly alerted hunters of bear dangers, provided campsites with secure game and food storage, prohibited the use of elk calls, and placed rangers across the hunt areas. Officials have also limited hunters to seven bullets and prohibited them from shooting more than once at a group of running elk.

Yet with no additional grizzly bears left to take in the remaining nine years of the elk reduction program’s intended lifespan, Fish and Wildlife officials were forced to reassess the “incidental take” of grizzly bears. An incidental take is not an authorization, but rather the expected harm to a protected species or its habitat.

The agency took a number of factors into account, including the park’s conservation measures and the grizzly population and trends.

“As anticipated in the Elk and Bison Management plan, grizzly bear distribution and numbers in the south end of the Park appear to have increased,” Fish and Wildlife noted. “Since 2007, several grizzly bears have been observed seeking out gut piles left on the landscape on Park lands and just recently on Refuge lands. It is likely grizzly bears will continue this behavior, resulting in a relatively high risk of hunter-grizzly bear contacts as long as the Grand Teton Reduction Program is necessary.”

Given these assessments, the Fish and Wildlife Service officially changed the estimate of grizzlies that would be killed over the next nine years to a total of seven bears.

“Up to 4 additional grizzly bears in the Park and 2 grizzly bears on the Refuge may be incidentally taken directly or indirectly as a result of the Plan during the remaining 9 years,” Fish and Wildlife maintained.

Officials maintain the the number of grizzlies anticipated to be lost through incidental take will have little impact on the overall grizzly population. Population health is figured by an overall mortality rate, reproductive trends and other factors.