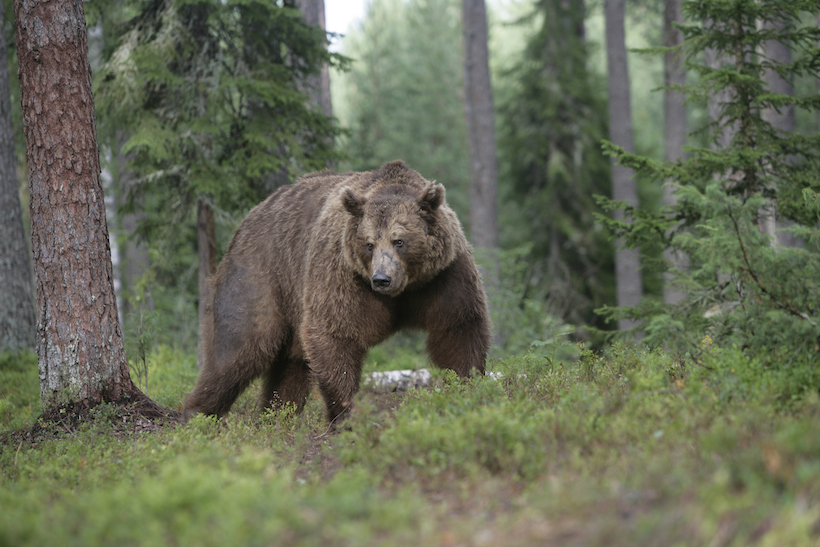 The Center for Biological Diversity (CBD) petitioned the U.S. Fish and Wildlife Service in late June, asking the agency to review and revise its 1993 grizzly bear recovery plan before reintroducing grizzlies to the Grand Canyon and other areas throughout the West.

In the petition, the CBD noted at least 110,000 square miles that could potentially be used for grizzly habitat, including a forested region on the Arizona-New Mexico border, the Grand Canyon, the Sierra Nevada mountains in California and parts of Utah and Colorado. This would permit the introduction of about 4,000 grizzlies in the West, reported the White Mountain Independent.

Given the amount of new research that has been conducted, the ’93 plan is now outdated, noted the CBD in its petition, saying that all new information needs to be considered by the agency in order to take an educated approach to the reintroduction of the bears, writes the AP.

Less than 2,000 grizzly bears exist today, and their current habitat is in Montana, Wyoming, Washington and Idaho.

The CBD’s endangered species director, Noah Greenwald, says that grizzly bears are not only greatly respected, but also stand as an iconic symbol of wilderness.

However, some disagree. Patrick Bray, executive president of the Arizona Cattle Growers’ Association, argues that reintroducing the bears to Arizona would negatively impact the livestock industry as well as ranchers around the New Mexico and Arizona border.

Some wildlife organizations, such as Western Wildlife Outreach, believe that reintroducing the bears to southwest area can help control the population of prey, while conserving the health of elk and deer herds. They note that grizzlies regulate prey populations and help prevent overgrazing and decrease of plant density.

Also, when bears spread seeds, they aerate the soil while digging for things like pocket gophers and their food supply, which then spreads nutrients throughout the land. Grizzly bears, like other carnivores, have a large impact on their ecosystems.

Greenwald estimates at least a six-month response time from the agency regarding the petition, but also said that the process of bringing back the grizzlies would be a long one that could last for years.