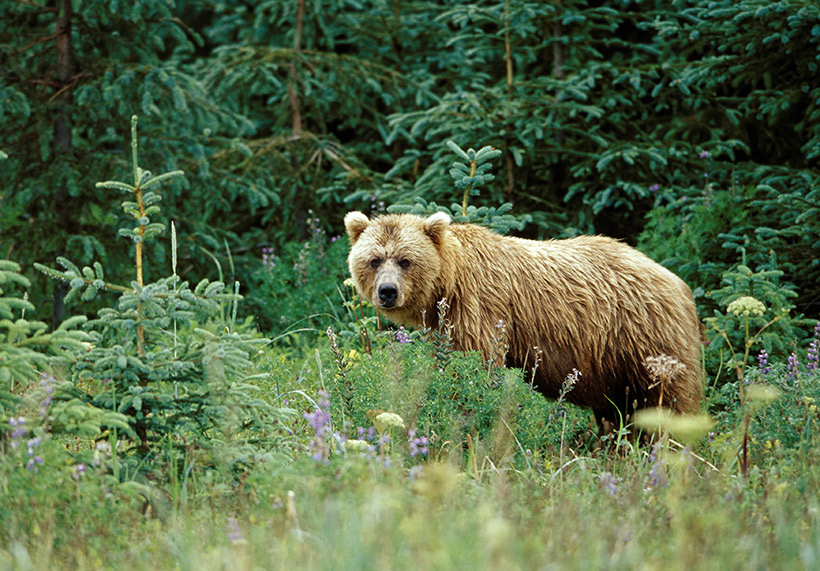 The National Park Service (NPS) has taken a big step toward bringing back grizzly bears to Washington’s North Cascades. Just last week, the federal government announced that it is initiating a three-year program to evaluate strategies to bolster bear numbers in the area.

“This is the first stage of a multi-step process to help inform decisions about grizzly bear restoration in the North Cascades ecosystem,” said Park Service Director Jonathan B. Jarvis.

The “environmental analysis” will be a collaborative effort among a number of wildlife organizations and will also involve extensive public debate.

“The Grizzly Bear Recovery Plan calls on us to fully consider the restoration of the grizzly bear in the North Cascades, and the process ensures we solicit the public for their input before putting any plan into action,” said U.S. Department of Fish and Wildlife Director Dan Ashe. “We will work together with the National Park Service, U.S. Forest Service, state of Washington, and the public as we move through the EIS process.”

The NPS also says that they will consider a range of options, including not restoring grizzlies to the area.

At one point, there were as many as 100,000 grizzly bears roaming the western United States. But trapping and hunting decimated the grizzly population, pushing them to the bring of extinction. In 1975, the FWS listed the grizzly bear as a threatened species in the lower 48 states. In 1980, Washington listed the species as an endangered species.

Today, there are only about 1,500-1,800 grizzly bears in the continental United States, most of them found in and around Yellowstone and Glacier National Parks. Biologists estimate that fewer than 20 grizzly bears still survive in the North Cascades. The last confirmed sighting was back in 2010, when a hiker photographed a grizzly in the park. Since then, wildlife officials have conducted an extensive search for grizzlies in the area, but came up empty-handed.

The North Cascades ecosystem is comprised of nearly 10,000 square-miles that extends from the Interstate 90 up to the Canadian border. It is one of only six designated grizzly-recovery areas, and the only one outside of the Rocky Mountains.

“The Northern Cascades has the potential to host a viable grizzly bear population,” said Noah Greenwald, endangered species director with the Center for Biological Diversity. “The same could be said for many spots scattered throughout the West. If grizzly bears are ultimately going to have a thriving, healthy population no longer threatened by extinction, they’ve got to be given a chance to return to some of the places they were driven out of years ago.”

A grizzly bear recover plan for the North Cascades was written about 20 years ago and revised in 1993. The proposal set a population goal of 200 to 400 animals. The numbers, though, were concerning to some of the local landowners. 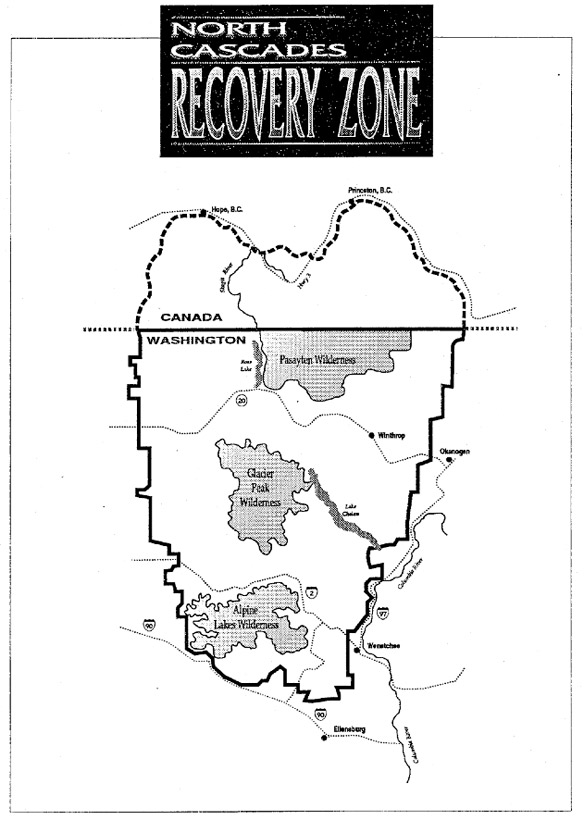 Ranchers in the northeastern region of the state are already challenged with livestock losses due to wolf predation. Grizzlies could potentially add to this problem. They also pose a danger to people. Weighing in at more than 500 pounds, grizzly bears can run at high speeds and are equipped with sharp teeth and claws. In 2011, grizzlies killed two hikers in Yellowstone National Park, where the population of the species has tripled to nearly 700.

On the flip side, conservationists are touting the recovery plan as a much-needed step towards restoring balance in the ecosystem.

“This is huge news for the Pacific Northwest and for grizzly bears,” said Joe Scott of Conservation Northwest, which has been fighting for grizzly restoration for 25 years. “This is the turning point.”

Chris Morgan, founder of the Grizzly Bear Outreach Program, said he welled up when he heard the news. “These animals have always lived in the North Cascades, and I think they deserve an opportunity to persist and thrive there,” he said.

As apex predators — adult animals that stand on the top of the food chain in their ecosystem — grizzly bears plan a pivotal role in shaping the landscapes in which they live. They help determine prey populations like deer and elk and even promote plant diversity through digging and seed transport.

One of the most difficult tasks that lay ahead is determining exactly how to re-establish a healthy population of grizzlies in the North Cascades. Many experts argue that it will be nearly impossible to do so without transplanting bears from other areas.

But state lawmakers in the mid-1990s made it clear they didn’t want to do that. A law passed at the time directs the Fish and Wildlife Department to work to encourage the natural recover of grizzly populations, stating that: “Grizzly bears shall not be transplanted or introduced into the state. Only grizzly bears that are native to Washington state may be utilized by the department for management programs.”

While the legislature may not block federal efforts, it certainly will complicate matters.

Generally speaking, support for grizzly recovery in Washington is strong. More than 80% of rural residents surveyed in the northwest region of the recovery zone support grizzly recovery and believe that the bears are worthy of preservation.