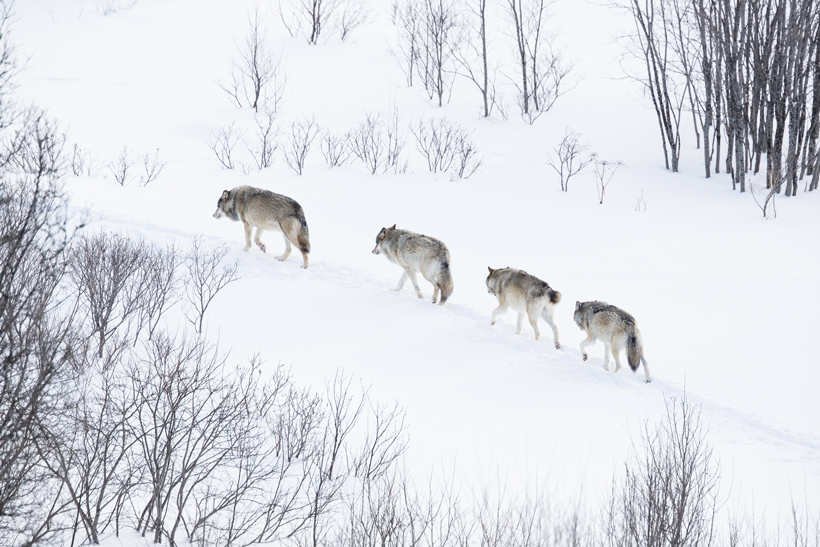 The Great Lakes gray wolves have been returned to full protection under the Endangered Species Act after a federal judge ruled against an U.S. Fish & Wildlife’s 2012 decision to drop federal protection of the wolves, handing management over to the states. The judge’s decision restores the endangered status in most states and threatened status in Minnesota, and will have a direct impact on wolf management in Minnesota, Michigan and Wisconsin.

U.S. District Judge Beryl Howell ruled Friday, December 19, that the removal was “arbitrary and capricious” and a direct violation of the federal Endangered Species Act. Following this decision, no wolves may be killed in Minnesota, Michigan or Wisconsin unless a person’s life is threatened. Public hunting or trapping will also be halted immediately. The only exception is in Minnesota where the threatened status permits federal trappers to kill wolves where livestock are killed or injured.

Since the protections were lifted in 2012, all three states have held at least one hunting season and Minnesota and Wisconsin have also allowed trapping. In November, Michigan voters rejected two proposals that would have affirmed the appointed state Natural Resources Commission’s ability to name wolves and other animals as game eligible for hunting. Judge Howell’s decision will block the states from scheduling any additional hunting and trapping seasons for the gray wolves.

Wolf experts are in support of the decision, saying that it will place protection on the wolf population that is estimated at around 3,700, and help promote planned reintroductions in selected sections of the country.

“Wolves are absent from 85 percent of their range ... And of that 85 percent there are areas that gray wolves could occupy in a healthy way,” says Mike Phillips, executive director of the Turner Endangered Species Fund, who headed the Yellowstone wolf reintroduction. Philips says that federal plans so far have simply avoided dealing with wolves in those areas.

But not everyone is so optimistic. Wolf experts, like L. David Mech, a renowned wolf researcher for the U.S. Interior Department, predict an increase in unreported incidents of wolf opponents “taking matters into their own hands” by shooting wolves even though the illegal killings will only add fuel to fire.

Others still believe that federal protection will foster healthy and sustainable wolf populations.

"Wolves will self-regulate themselves," says Nancy Warren, a member of the National Wolfwatcher Coalition and Michigan resident. "All they need is for us to stop shooting them. Wolves that we have will now be allowed to be wolves."