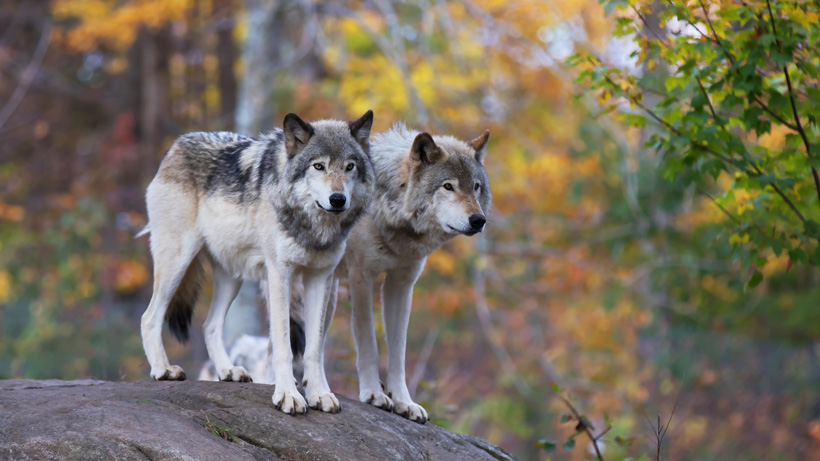 After months of deliberation and debate, the fate of the Great Lakes wolves has been decided. This week, a federal appeals court ruled that gray wolves that live within Wisconsin, Michigan and Minnesota will retain full protections under the Endangered Species Act. It was a unanimous ruling, which determined that “the government acted prematurely when it dropped the animal from the endangered species list,” NBC News reports.

As goHUNT has previously reported, states have faced off against federal agencies and environmental groups about the Great Lakes wolves and whether the animals have recovered enough to warrant the removal of federal protections for years. In 2014, a U.S. district judge reversed the 2012 decision made by the U.S. Fish and Wildlife Service that dropped federal protection of the wolves and transferred management to the states. Once protections were lifted in 2012, all three states held at least one hunting season and Minnesota and Wisconsin also allowed trapping.

This week’s ruling makes it illegal to hunt or trap gray wolves in Michigan, Minnesota and Wisconsin.

Those in favor of delisting the gray wolves argued that the population had adequately recovered from the decades of hunting, shooting and trapping the animals and pointed to the estimated 3,800 wolves that call Michigan, Minnesota and Wisconsin home. However, in its ruling, the three-judge panel of the U.S. Circuit Court of Appeals said that FWS had “not adequately considered a number of factors, including loss of the wolf’s historical range” and how delisting the wolves would impact recovery efforts in New England, North Dakota and South Dakota, according to NBC News.

“The second highest court in the nation reaffirmed that we must do much more to recover gray wolves before declaring the mission accomplished,” said Noah Greenwald, endangered species program director at the Center for Biological Diversity, in a press release following the decision. “Wolves are still missing from more than 90 percent of their historic range in the lower 48 states, and both the Endangered Species Act and common sense tell us we can't ignore that loss.”

Yet, the ruling may not be final. The Washington Post reports that “Congressional Republicans are currently drafting laws to amend the Endangered Species Act in an effort to roll back its protections.”