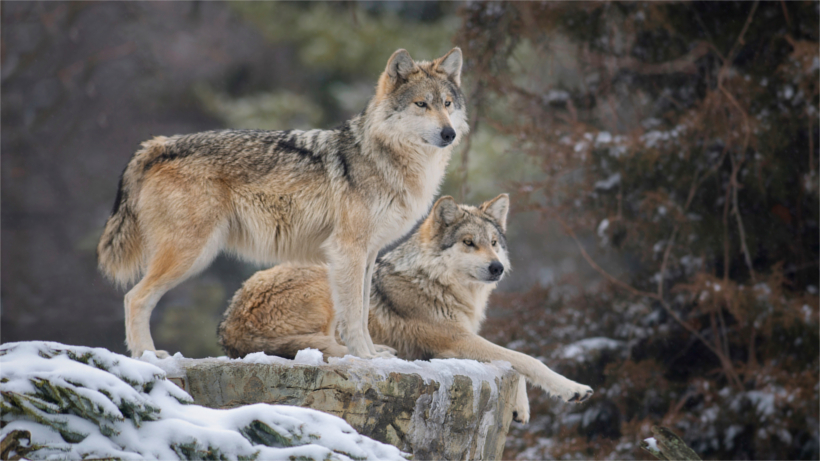 The Great Lakes wolf debate may finally be coming to an end. The U.S. Court of Appeals for the District of Columbia is expected to make its decision soon and because protections were lifted for wolves in Wyoming, Michigan, Wisconsin and Minnesota anticipate a similar ruling. Lifting federal protections means that a state-approved wolf hunt could happen this fall.

With support from both farmers and hunters, lawmakers have attempted to delist the wolves multiple times by adding riders onto various bills in Congress that would return wolf management to the states and “bar further court challenges,” according to the Minnesota Lawyer. So far, these efforts haven’t worked.

By removing federal protections on the now thriving gray wolves, it proves that wolf recovery efforts can work. Current tallies show that over 5,500 wolves roam the continental U.S. with roughly 3,800 of them concentrated in Minnesota, Wisconsin and Michigan. This is what prompted the U.S. Fish and Wildlife Service to pursue removing them from the Endangered Species Act – a move that has been trapped in court proceedings since 2014 when a federal judge put the wolves back on the list. This decision happened after Wisconsin and Minnesota had already held three wolf seasons and Michigan had held one, according to the Minnesota Lawyer.

While states hang in limbo, awaiting this final decision, some have tried to move forward. Michigan, for instance, has proposed a new law listing wolves as a game species; however, still must wait for final approval from the state’s Natural Resource Commission before moving forward.

“State law requires us to hold a harvest season if wolf management is returned to the states,” Wisconsin Department of Natural Resources spokesman Jim Dick told the Minnesota Lawyer. “We are prepared to respond to a change in listing status, if and when it happens, whether it comes through congressional action or through a court ruling.”

Yet, Michigan Department of Natural Resources (MDNR) wildlife biologist Brian Roell says the timing of the ruling will decide if the state has a hunting season – MDNR needs the final decision by June “to make it work.”