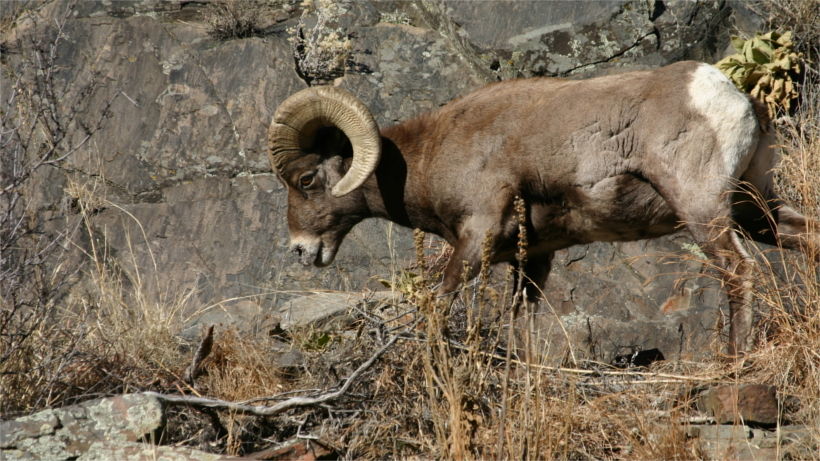 Will there be more habitat for bighorn sheep in the Beaverhead-Deerlodge National Forest? Maybe. That is, if public sentiment pushes the decision that way. Forest officials are opening up a public comment period for two documents they were asked to prepare by a federal judge: a Supplemental Environmental Impact Statement and a Draft Review of New Information Pertinent to Domestic Sheep Allotment Management Plans in the Gravelly Mountains. The documents and information can be found HERE.

The documents up for review “appear to argue that no change in the way the forest manages grazing is necessary,” according to the Bozeman Daily Chronicle. However, the documents were prepared following a 2015 lawsuit filed against the forest by the Gallatin Wildlife Association (GWA). As goHUNT previously reported, U.S. District Court Judge Brian Morris agreed with GWA, who alleged that the U.S. Forest Service (USFS) didn’t gather enough scientific information to determine the impact of domestic sheep grazing in the Gravelly Mountains on their wild counterpart.  Bighorn sheep are susceptible to disease that primarily comes from contact with domestic sheep. This makes the lawsuit a point of contention between wild sheep advocates and local domestic sheep ranchers.

In 2004, Montana Fish, Wildlife and Parks relocated 69 bighorn sheep into the Greenhorn Mountains; by 2007, only 31 bighorn sheep remained. A 2002 agreement, which was renewed in 2008, gave ranchers permission to kill bighorn sheep “that come within half a mile of their herds and guarantees that grazing allotments wouldn’t be amended to allow for the reintroduction of bighorn sheep,” according to the Bozeman Daily Chronicle. That agreement, which was between the state government, USFS and domestic sheep operations, wasn’t initially disclosed.