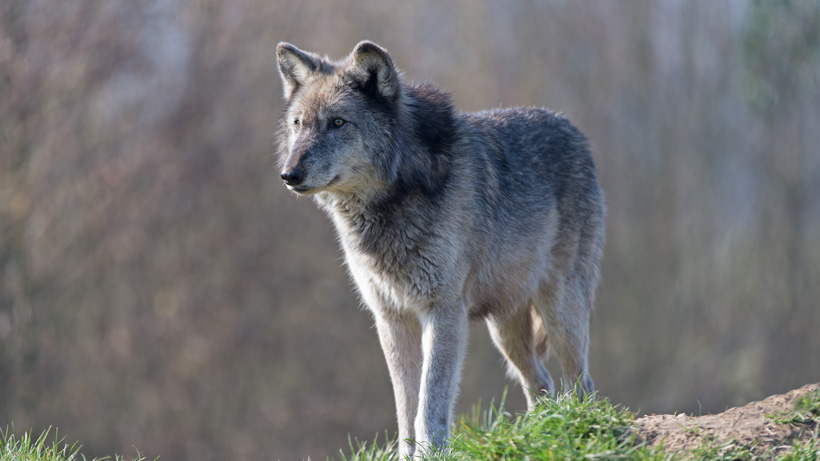 The gray wolf delisting public hearing drew a substantial crowd last week in Minnesota as participants commented on the U.S. Fish and Wildlife Service’s (FWS) proposal to remove federal protections and take gray wolves off of the endangered and threatened species list. According to Minnesota Public Radio (MPR), farmers, ranchers, hunters and wildlife advocates spoke out during the only public hearing held by FWS regarding this controversial proposal.

As goHUNT previously reported, in March, FWS announced its plan to remove wolves from the Endangered Species List within the Lower 48. The decision that would give states authority to hold wolf hunting and/or trapping seasons. Wolves are already delisted in Montana, Idaho and Wyoming. Those within the Trump administration say the final rule and delisting could actually be determined within the year.

“The reason we keep species listed is because we want to protect species from going extinct. Wolves are not even close to that,” Lori Nordstrom told MPR. Nordstrom manages FWS’s endangered and threatened species list. “They’re doing very well in the Great Lakes region, and they’re also expanding out west.”

In Minnesota, gray wolves have rebounded. In fact, according to MPR, there are about 2,650 gray wolves within the state (out of about 6,000 gray wolves total within nine states). However, those who oppose the proposed delisting say that “the move is premature” and that wolf populations haven’t fully returned to their historic range despite healthy populations in Minnesota, Wisconsin, Michigan and the northern Rocky Mountains.

“We’ve come a long ways, but what all has been accomplished is not secure, nor is it enough,” said Peter David, a wildlife biologist with Great Lakes Indian Fish and Wildlife Commission. “The recovery of wolves on this broader landscape cannot be measured just by what we witness in our backyard.”

Yet, those in support of the delisting say that state agencies should take over in order to keep wolf numbers manageable. Hunters point to wolf depredation of big game populations as reason enough to remove federal protections. Farmers and ranchers point to livestock losses due to calves becoming wolf prey.

“It’s only a matter of time before it’s going to be hard to control them if the state isn’t allowed to do it,” said John Apple of Aitkin County during the public meeting.

The public comment period closes on July 15 and a final decision on whether gray wolves will be delisted must be reached by March 2020.

Mexican wolves are not impacted by this decision and will retain federal protections.