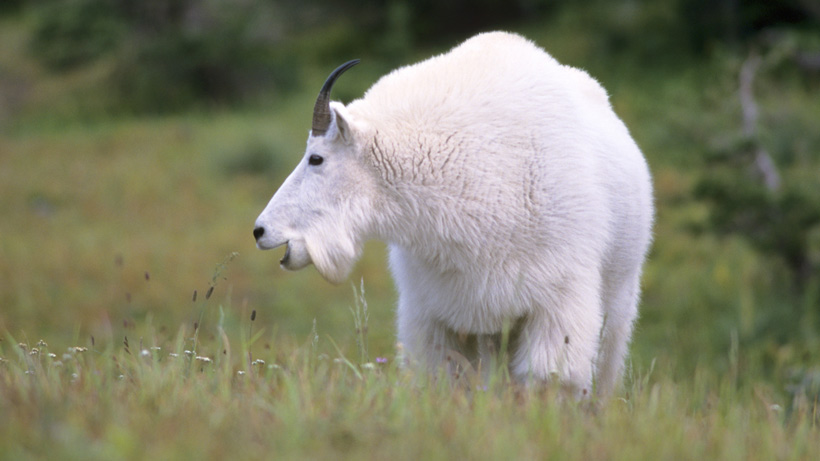 "We've got a management responsibility to maintain the native species, which is the bighorn sheep," Grand Teton spokeswoman Denise Germann told the AP.

While both species are native to the Rocky Mountain region, the mountain goats that live within the park aren’t at all native to that particular area. In fact, officials say that the plentiful goats actually “descended from mountain goats introduced southwest of the park in the 1960s and 1970s,” according to the AP.  The Teton Range bighorn sheep herd is actually comprised of two smaller herds that “stopped migrating to stay away from human encroachment,” according to National Geographic. While habitat loss and early century over-hunting played a major role in their decrease in numbers, invasive, disease-carrying mountain goats are a major threat to the dwindling bighorn sheep herd.

“If we stand by and do nothing, the goats will contribute to the demise of the herd,” Steve Kilpatrick, executive director of the Wyoming Wild Sheep Foundation, told National Geographic. “It would be a shame to lose this iconic species in an iconic setting, i.e., a national park. It reflects how we can or can’t coexist with wildlife in the bigger picture.”

The public can comment on the proposed mountain goat removal plan until Jan. 6, 2019. A decision on whether to move forward will be made by mid-February, according to Germann.