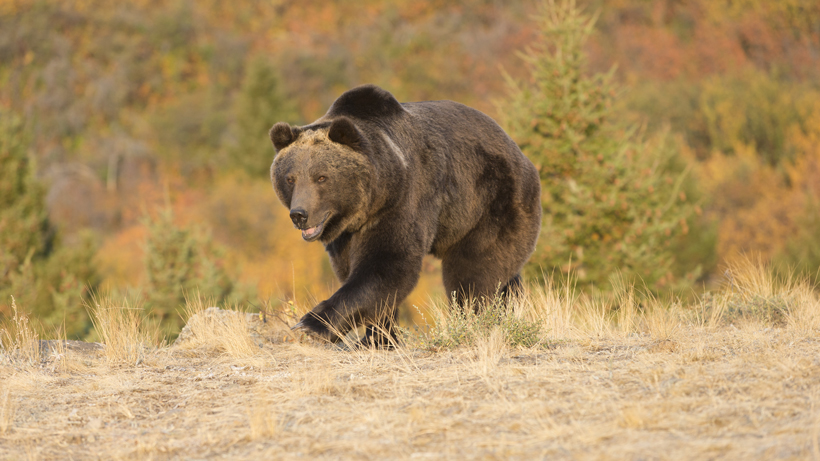 The first incident occurred on June 11 when the bear traveled through a Grassy Lake Road campsite. According to the report, the bear “sniffed a picnic table and unoccupied tent” before pawing at the tent itself. Fortunately, others saw the grizzly bear. Yelling at the animal resulted in it running away.

The second occurrence happened the next day. Visitors were reported to the Teton Interagency Dispatch Center for “feeding a grizzly bear from a vehicle south of Lizard Creek Campground,” according to Buckrail. Finally, on June 13, what was believed to be the same grizzly bear was seen at a campsite around the “outer loop of the Headwaters Campground” rummaging in trash and drink at the location. Later that day, park staff were able to capture the grizzly bear on Grassy Lake Road. The animal was collared and “biological samples were collected,” according to Buckrail, before he was relocated “via boat to the west side of Jackson Lake.”

The individuals who left trash and drink out were cited for a food storage violation, which results in a mandatory court appearance. Those who were found feeding the bear out of their vehicle are still being investigated.

“Feeding wildlife is illegal and dangerous, and we take these incidents very seriously,” said Grand Teton National Park Superintendent Chip Jenkins. “The impacts of irresponsible behavior can have very negative effects for humans and wildlife.”