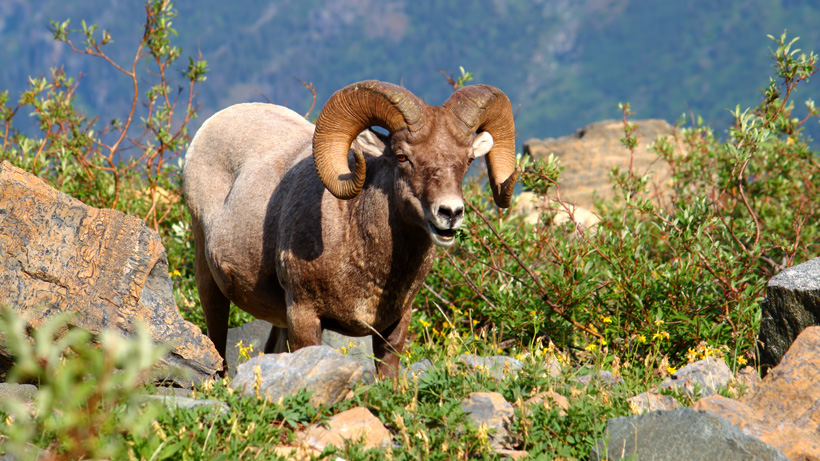 Backcountry skiers, hikers and climbers can impact bighorn sheep during critical winter months. To combat that, historically, Grand Teton National Park has issued temporary and voluntary closures to protect key range and keep human disturbance to a minimum. With a population that fluctuates between 60 to 178 bighorn sheep, park officials are currently working on a more permanent solution and recently collected feedback on a new plan from backcountry users, according to Wyoming Public Radio.

The main goal of a long-term plan is “to provide secure winter habitat for bighorn sheep so they can spend the winter in disturbance free zones, while also providing backcountry winter recreation opportunities,” according to a recent park press release. This is because the coldest months can often be the deadliest when it comes to bighorn sheep.

“They really are in energy conservation mode, all winter long,” said Sarah Dewey, park wildlife biologist. “And any sort of disturbance, even unintentional, might cause them to run, or move out of the best quality habitat.”

While the park has previously used temporary voluntary closures during these key months to protect bighorn sheep, they are working towards a long-term winter use strategy.

“Most people said they were willing to comply with closures be they hard closures or voluntary closures,” said Gary Kofinas, chair of the steering committee for the Teton Backcountry Alliance. “But a lot of people also said, I'm not sure closures are necessary, and a lot of people question the basis on which closures are made.”

Those who participated in the survey would also like more research and education outreach along with better communication to backcountry users and the ability to revisit and revise the long-term plan if necessary.

“Most people wanted to see an adaptive management plan, whereby the closures were not just set in stone, but were going to be revisited as more information was gathered about the impact of skiers on the bighorn sheep,” said Charlie Thomas, a board member with the Teton Climbers Coalition.

“It just seemed like most people felt like areas that were rarely visited that had a lot more terrain for the sheep, that skiers could use a little bit more of their own judgment on where to go,” said Thomas.