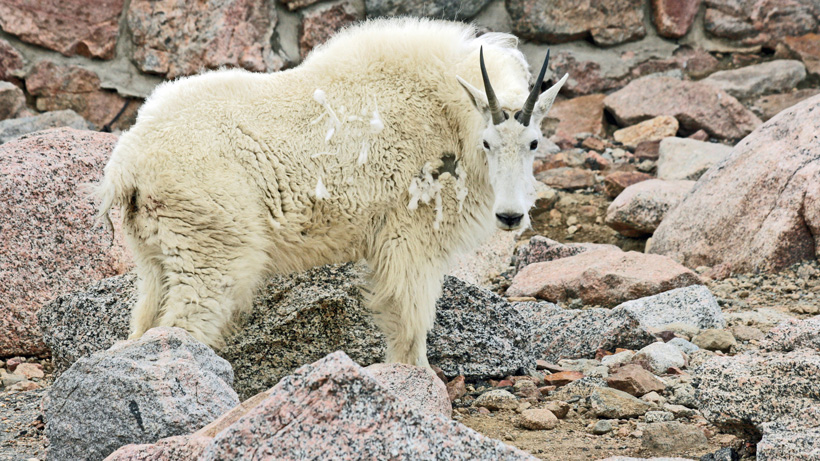 There are 43 fewer mountain goats in Grand Teton National Park following the controversial cull. The effort came to an end early due to poor weather conditions that park officials feared could jeopardize the safety of the volunteer hunters, the Jackson Hole News & Guide reports.

“With the snow volume, I made the recommendation to … not continue,” said Grand Teton National Park Chief Ranger Michael Nash. “The snow’s not going to go away, at this point.”

Eventually, the park opted to move forward with the cull, but decided to use volunteer hunters on the ground. Teams ranging from two to six individuals were selected via a random draw. Each team only needed one shooter and all shooters were required to have a valid hunter safety card. Background checks on other team members were also required before the team was allowed to shoot mountain goats. While not every team was successful during the effort, according to Nash, “90 hunters put in a combined 4,523 hours in pursuit of the Tetons’ mountain goats.”

And even though the on-the-ground-cull was successful, that doesn’t mean a future helicopter one is off the table.

“We were all very surprised at how well the Park Service laid it out,” said Game and Fish Commissioner Mike Schmid, a vocal opponent to the use of hired helicopter gunners to kill the mountain goats. “They’ve done what the public asked, and they gave us the opportunity. If eradication as quick as possible is the endgame — which I believe it is — I fully expect them to go back in and clean the rest of them up with aerial gunners,” he said. “If that’s the choice, I would support that.”