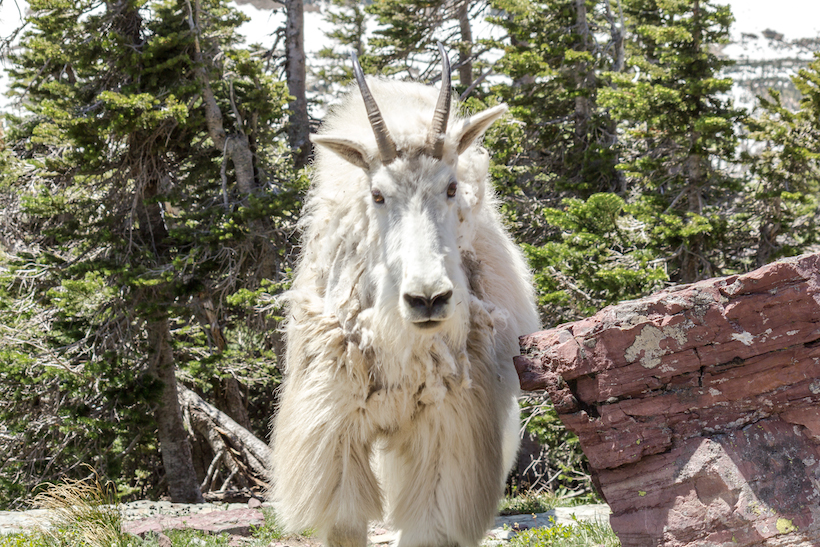 Four years after a mountain goat fatally gored a hiker in Olympic National Park, the National Park Service is evaluating preliminary options for managing mountain goats to protect public safety and the environment.

“We are pleased to ask the public to help us develop a long-term plan for managing the population of exotic mountain goats in Olympic National Park,” said Olympic National Park superintendent Sarah Creachbaum. “We have drafted some preliminary alternative concepts that we’d like the public to reflect and common on during this initial scoping period. And, of course, we are also interested in additional alternative concepts people may have.”

The original need to manage the goat population was driven by ecological concerns related to the impact of goat’s on the park’s natural resources, especially the sensitive vegetation communities. Newer concerns for public safety were raised in 2010 when 63-year-old Bob Boardman was fatally attacked by a 370-pound mountain goat on the Klahhane Ridge while hiking with his wife and friend. The goat gored Boardman, severing arteries in his thigh.

The goat was believed to have been the same one that had shown aggressive behavior towards park visitors for years. Boardman’s widow, Susan Chadd, later pressed charges against the federal government in Western District Court for allegedly failing to deal with the goat in a timely manner. A federal judge dismissed her claims, but Chadd has since appealed the decision to the Ninth Circuit Court of Appeals in San Francisco, which heard arguments in the case earlier this year. The decision is still pending.

Rangers eventually located the goat and shot it. Tissue sample testing showed no sign of disease or health issues that would help explain why the goat was so uncharacteristically aggressive.

Mountain goats, while native to many regions in western North America, were originally foreign to the Olympic Mountains. In the 1920s, sport hunters released a dozen goats into the area that would later become Olympic National Park. In the following decades, with substantial food resources and few natural predators, the goat population grew steadily. By the early 1980s, they numbered upwards of 1,000.

The rise in population wreaked havoc on the environment, and the fragile alpine terrain suffered from trampling, erosion and overgrazing. A live-capture removal program in the 1980s relocated several hundred goats to the Cascade Mountains and other regions, allowing the rundown areas the chance to recover.

The goat population has since rebounded, and, according to the Federal Register notice, has been increasing at an annual rate of 5%. Today an estimated 300 goats roam the park’s alpine meadows and climb the rocky peaks.

The rising goat population in the Olympic National Park is likely to yield more encounters with visitors, a factor that has become even more relevant as the goats have discovered that humans’ sweat and urine are viable sources of salt.

Mountain goats need to ingest salts to support bone growth and digestion. As a result, goats are abandoning their natural aversion to humans and are becoming more of a nuisance along heavily used trails and around wilderness campsites. This not only exacerbates trampling da[ haha thought of your pee story]mage in certain areas of the park, but presents an added danger for humans and animals alike.

Though there have not been any other mountain goat attacks reported since the incident in 2010, park officials recognize the growing urgency to implement a sustainable goat-management plan.

“What we’re starting today is a plan that would look at overall management of the population across the entire park,” said Barbara Maynes, an Olympic Park spokeswoman.

As of now, the National Park Service is considering management alternatives that include taking no action, capture and relocation, lethal removal, increased nuisance control or a combination of those approaches.

Information on the project at Olympic National Park, including the cause for the plan, the plan’s objectives and preliminary alternative concepts considered so far, can be found online.