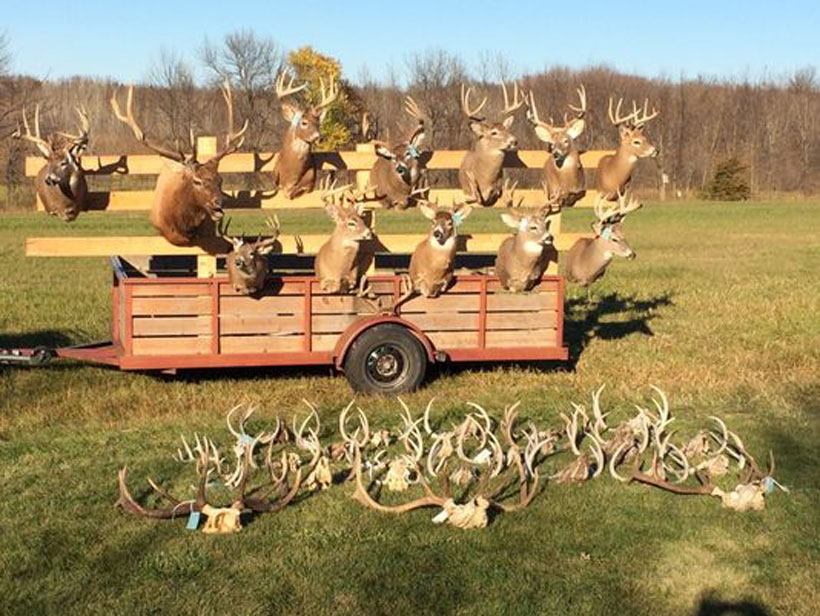 Following a five year investigation, four Minnesota men have been charged with one of the most extreme cases of deer poaching conservation officers have seen in 17 years. The investigation, dubbed “Operation TIP Works,” is the result of numerous complaints from the public to the Minnesota Turn In Poachers program.

Thanks to the tips, officers searched the residence owned by 37-year-old Joshua Liebl in Dawson, Minnesota last October, seizing 37 guns and 28 sets of deer antlers, which included 11 shoulder mounts, 4 elk and 1 mule deer. Most of the animals seized were trophy class. Agents also found a fully intact piebald deer inside a freezer and a freshly killed eight point whitetail buck in a truck.

In fact, Liebl ‘s hunting privileges were revoked in 2013 by the Wildlife Violator Compact, which is an agreement between states that recognizes the suspension of hunting, fishing, and trapping licenses in member states, due to a shining conviction in South Dakota.

According to KARE11, evidence collected in the search warrants brought additional charges against three other men:

Officers also seized a scoped .243 rifle, a 12 gauge shotgun, rounds of ammunition for each firearm, and a spotlight. Liebl’s pickup truck was also held during the investigation and will be auctioned off at a later date with proceeds going to the DNR’s Game and Fish Fund.