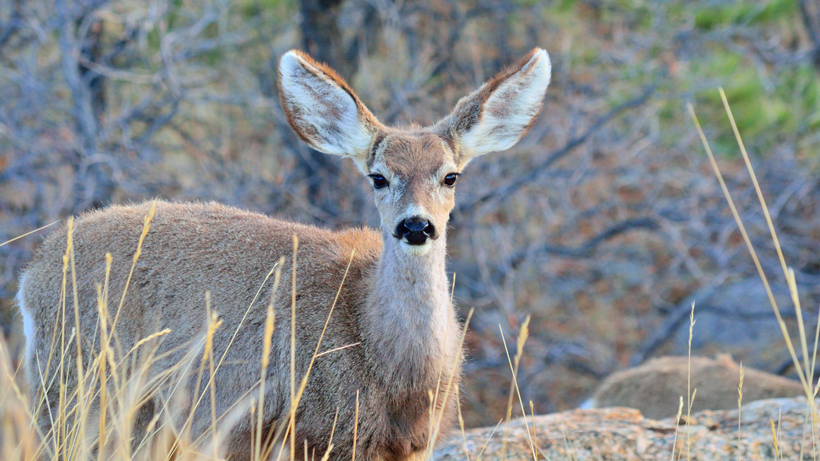 A mule deer doe is lucky to be alive after being rescued from quicksand-like mud in Idaho. The yearling sunk through a supposed “mud puddle” after she tried to walk across it in a field by Marsh Creek Road north of McCammon during Memorial Day weekend, according to a press release.

Fortunately, a homeowner spotted the doe, which was belly deep in the mud and helpless, and contacted Idaho Department of Fish and Game Senior Conservation Officer Nick Noll, who came to the animal’s rescue. Using wooden boards, a shovel, rope and Noll’s 15-year-old neighbor, Cole Gunter, the duo managed to rescue the deer from the sticky mud. Boards prevented them from also sinking as Noll and Gunter used the rope to secure the front and hind quarters of the doe, according to the agency. 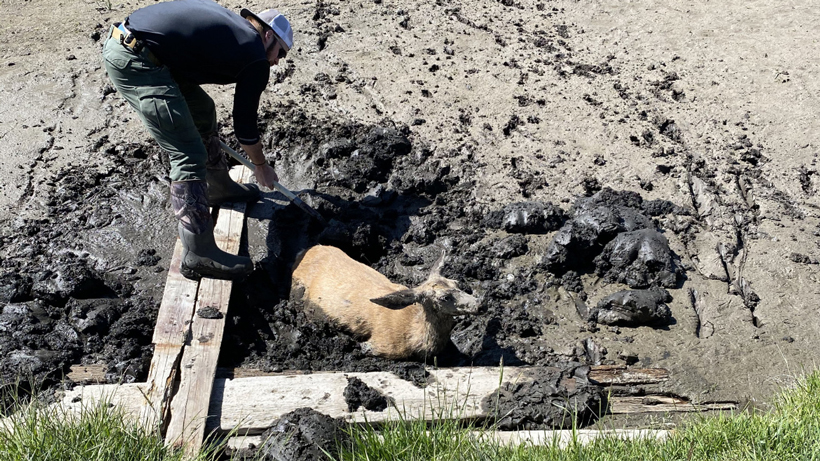 “Since she was a little gal, I was able to grab the rope in each hand and pull her out of the mud into my lap. Then I carried her onto the bank,” said Noll.

The deer allowed her rescuers to remove the rope before she leaped away, “no worse for the wear,” according to the report. For Gunter, it was definitely memorable.

“It was definitely a feel-good day as a game warden,” said Noll. “I started this gig to help wildlife, and I think we literally saved a deer’s life.”